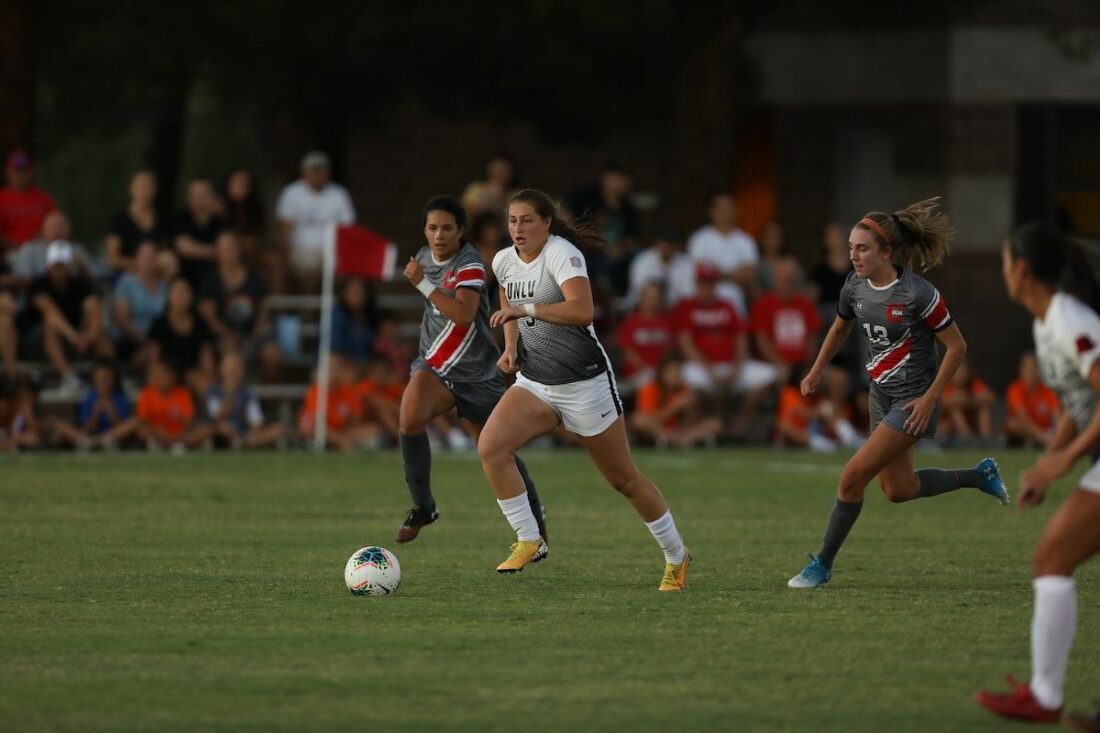 Colorado State scored three first half goals (17th, 21st and 38th minutes) for an early 3-0 advantage, as the Rebels were playing with backup goalkeeper Elly Reynada after an injury to normal starter Emberly Sevilla Friday night. Reynada then herself left the game after a collision and injury in the 63rd minute, placing freshman Amaya Pidsosny in the goal to immediately face a penalty kick. The Las Vegas freshman would come up with the save on the PK, in her first career collegiate play.

UNLV claimed its first goal just before halftime following a free kick outside the box. Marcelle Brooks took the kick and scored to bring UNLV within 3-1. CSU quickly came out of halftime with a goal for a 4-1 edge. The Rebels didn’t go away easily, closing within 4-2 after Malika Markham headed in Katie Ballou’s free kick in the 67th minute but that was the last score for UNLV.

The Rebels suffered the loss despite a 16-15 edge on shots, though it was 12-8 in shots on goal for CSU. The Rebels also posted seven saves in the game, six from Reynada.

NEXT UP: The Rebels will host their Senior Night Friday against in-state rival UNR at 7 pm at Johann Field. It will be a Code Red game for UNLV, and also part of the Silver State Challenge, the all-sports competition between the two schools IBEW and Nevada Donor Network. 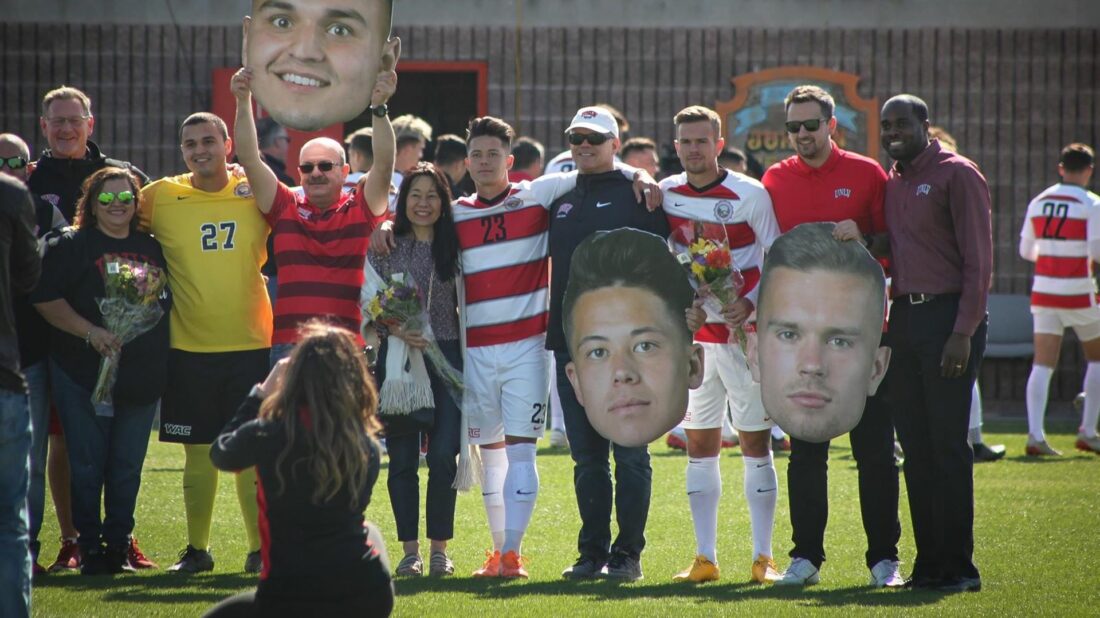 LAS VEGAS (UNLVRebels.com) – After scoring an early goal, UNLV allowed Houston Baptist to hang around just long enough to grab a late lead and then hold on for a 3-1 victory Sunday afternoon to spoil Senior Day for the Rebels at Johann Memorial Field. The loss dropped the Rebels to 3-4-1 in WAC play, while the Huskies improved to 3-5 with their second straight win while snapping UNLV’s four-game unbeaten streak.

Marco Gonzalez put UNLV up 1-0 in the 13th minute after he blasted in a shot from outside the box, following a corner kick from Nico Clasen. UNLV kept up the attack, taking 10 shots in the first 45 minutes, but it was the Huskies who would score next with a goal in the 23rd minute for a 1-1 tie game.

UNLV didn’t slow down in the second half, holding the majority of possession and taking 14 shots total. Yet none of them found the back of the net as HBU came up with 10 saves in the game, seven in the second half. The Huskies meanwhile weathered the storm long enough to find a second goal of their own in the 72nd minute, and then sealed the win with a score in the 79th minute.

The Rebels final shot advantage was 24-15 and 11-7 on shots on goal. Senior Enrique Adame posted four saves in net for UNLV as well.

NEXT UP: UNLV will play a Halloween night contest as the Rebels face Utah Valley in Orem, Utah with a 6 pm (PT) kickoff. 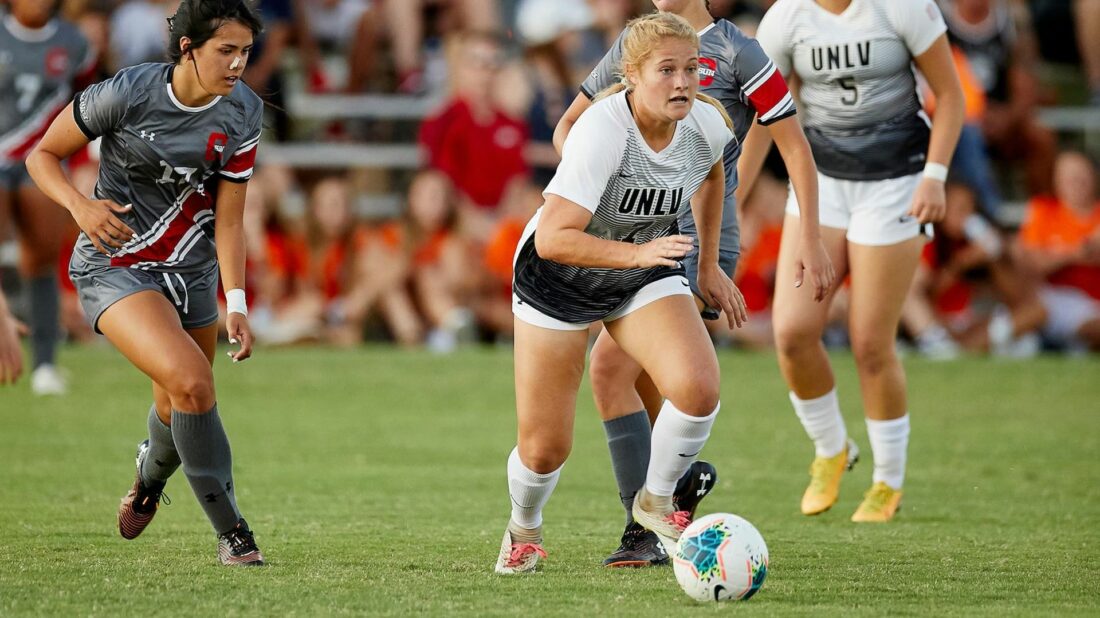 LAS VEGAS (UNLVRebels.com) – UNLV twice battled back from one-goal deficits but could not match a final late goal as the Rebels fell to the visiting Wyoming Cowgirls 3-2 Friday night in Mountain West women’s soccer action from Johann Memorial Field.

Wyoming took an early lead before the Rebels tied the game at 1-1 in the 20th minute, thanks to a penalty kick goal from freshman Lourdes Bosch. The Cowgirls took the lead back just four minutes later and would take that 2-1 lead into halftime despite being outshot 11-8 in the half.

The second half shots were even more in the Rebels’ favor at 10-4, but the score remained at 2-1 until the final 10 minutes. That’s when McKenna Sullivan grabbed the ball off a defensive deflection and scored from inside the box to knot the game at 2-2 in the 82nd minute. UNLV’s new life didn’t last long however as the Cowgirls came up with the winning score in the 87th minute to steal the 3-2 victory. 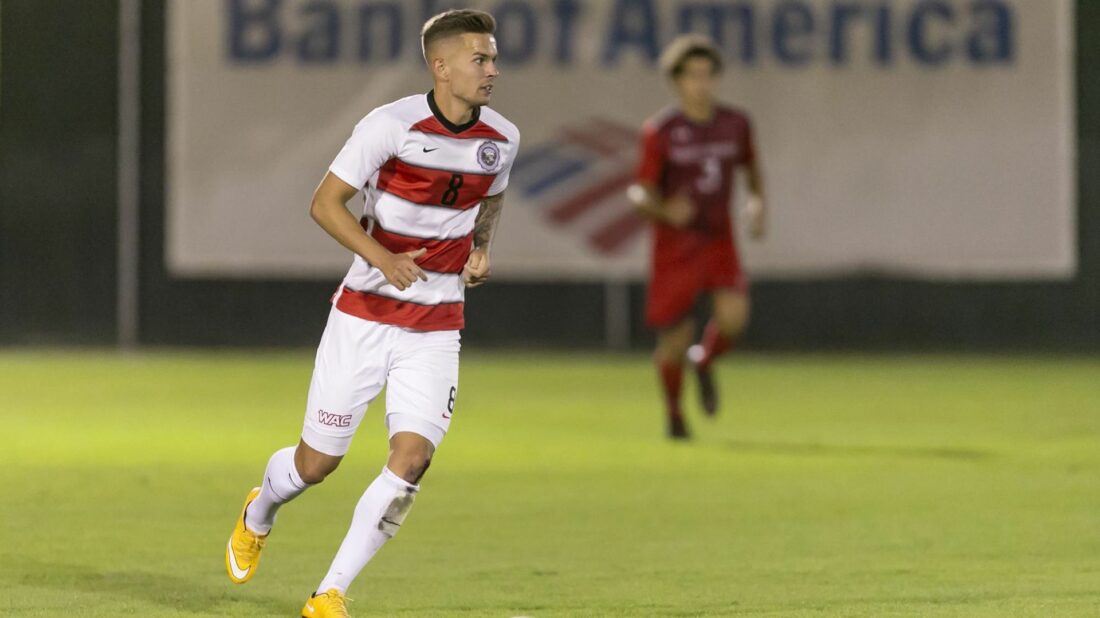 LAS VEGAS (UNLVRebels.com) – Timo Mehlich turned in a career performance in the first of the two final home games of his career, as the UNLV senior posted the first hat trick of his career with three second half goals as the Rebels blitzed Kansas City 4-1 Friday night in WAC men’s soccer action at Peter Johann Memorial Field. The win increased UNLV’s unbeaten streak to four games, and has moved the Rebels into a tie for fifth place in the league standings at 3-3-1 (10 points), passing the Roos who dropped to eighth place (3-4) as their three-game win streak was snapped.

The Rebels took awhile to get their offense flowing, as it was a scoreless game until the 43rd minute when Connor Ryan scored his first goal of the season for a 1-0 lead, off an assist by Skyler Goo. The goal energized the UNLV squad going into halftime, especially Mehlich. He would score back-to-back goals just 64 seconds apart in the 48th and 50th minutes to quickly push the Rebels ahead by a 3-0 margin. KC broke up the shutout in the 51st minute with a score, but the game would be sealed shortly after when the Roos’ Mikhail McComie was redcarded following a hard foul, leaving the visitors shorthanded the rest of the way. Mehlich then converted a penalty kick in the 66th minute for a 4-1 lead, while giving him the first hat trick at UNLV since Marco Gonzalez scored three times in a 4-1 win over Evansville on Aug. 26, 2018.

UNLV finished with a season-high 28 shots, to just nine for the Roos, while shots on goal were 9-2 in favor of the Rebels.

NEXT UP: Sunday will be Senior Day for Mehlich and four more Rebels, as UNLV hosts Houston Baptist in a 1 pm contest at Johann Field. That will be the second game of a doubleheader, as the Rebel women will play Colorado State at 10 am. 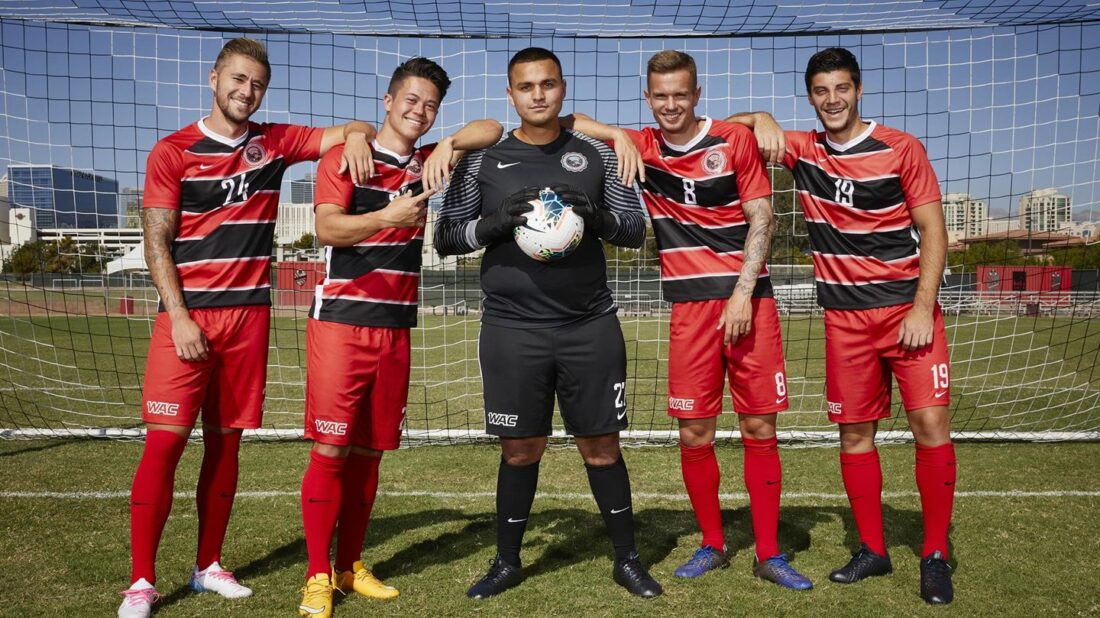 LAS VEGAS (UNLVRebels.com) – The UNLV men’s soccer team will be playing its final home games of the regular season this weekend, as the Rebels kickoff against Kansas City on Friday, Oct. 25 at 5 pm, followed by Sunday’s Senior Day contest against Houston Baptist at 1 pm. Both games are part of doubleheaders with the UNLV women’s team, who will play at 7:30 pm on Friday and 10 am on Sunday.

Both games will be available to watch through the WAC Digital Network, which will have live links on UNLVRebels.com and can also be watched through the Roku, Apple TV, Fire TV and Android streaming devices. Wyatt Tomchek will provide the play-by-play. 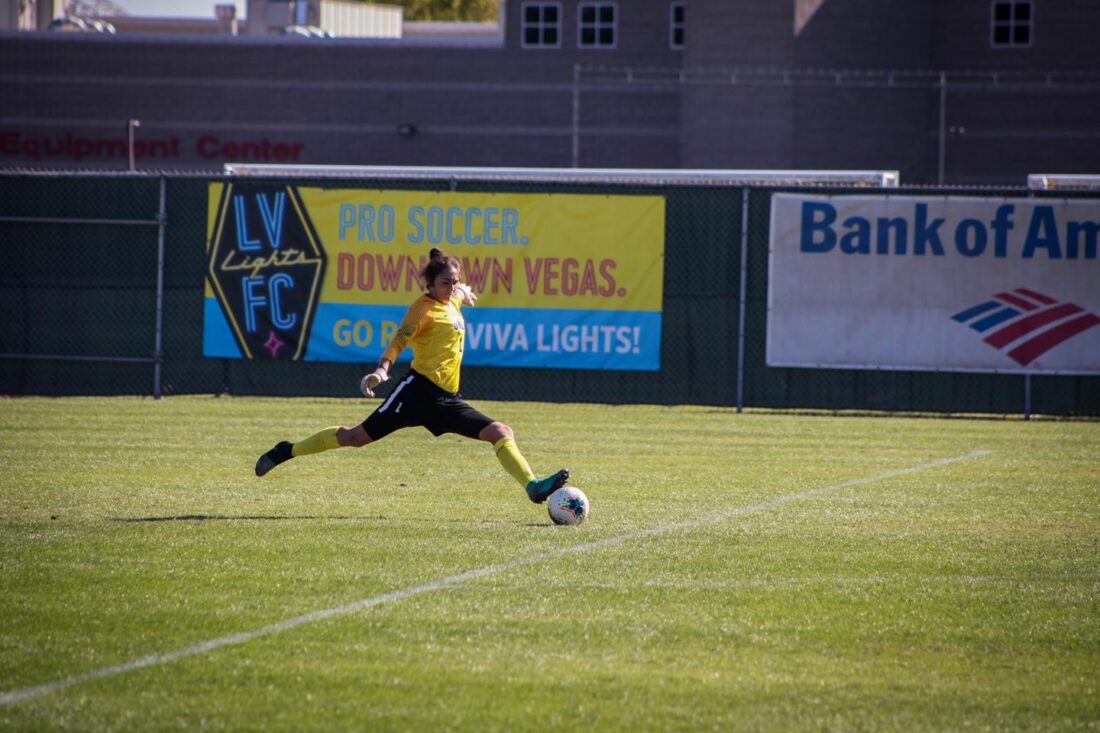 LAS VEGAS (UNLVRebels.com) – UNLV women’s soccer starts a four-game homestand to end the regular season this weekend, with a Friday night contest against Wyoming at 7:30 pm and a Sunday, Oct. 27 game against Colorado State kicking off at 10 am. Both games are part of doubleheaders with the UNLV men’s team, who will play at 5 pm on Friday and 1 pm on Sunday.

Both games this weekend will have a live video stream on the Mountain West Network, which is available on UNLVRebels.com. Wyatt Tomchek will provide the play-by-play. 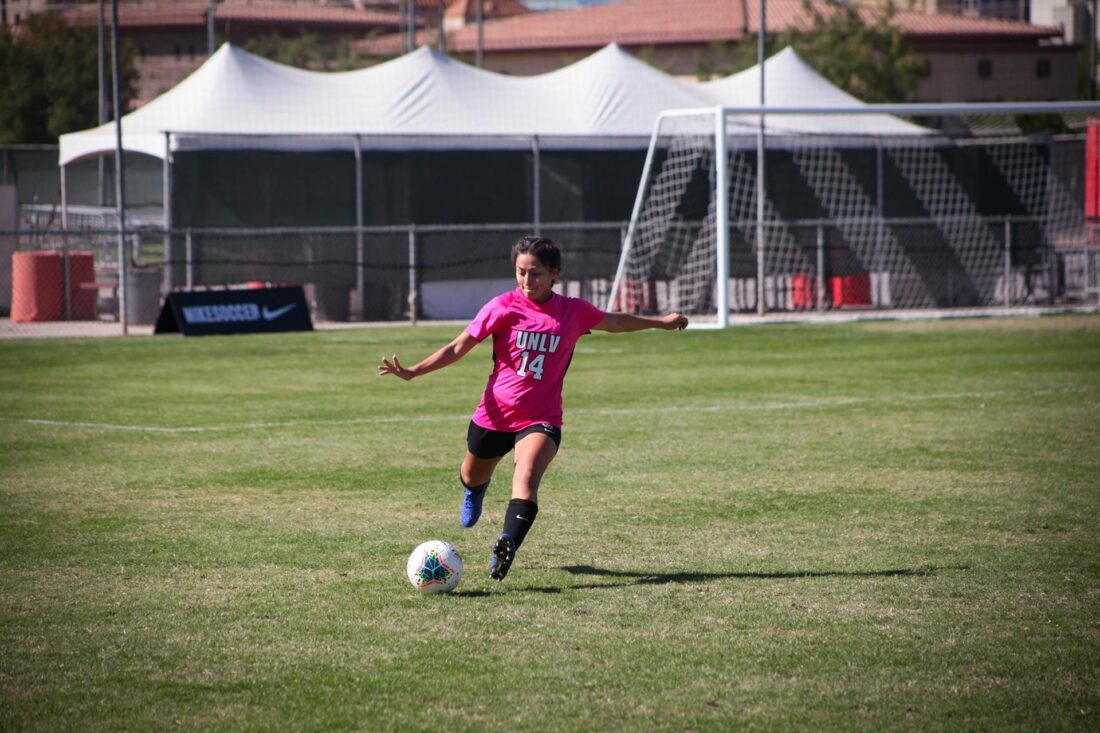 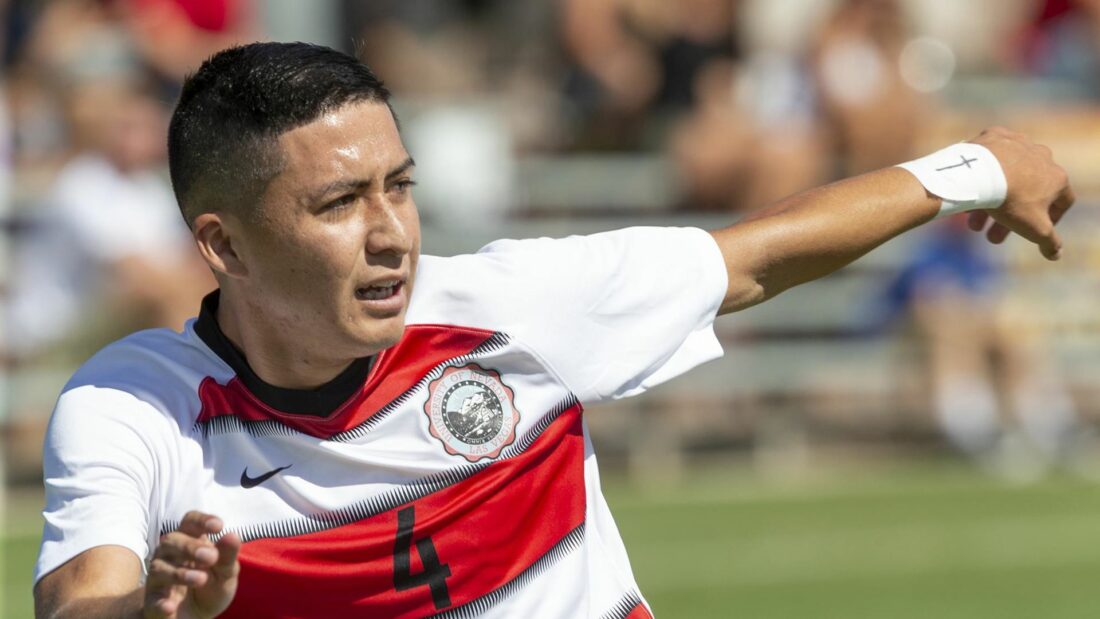 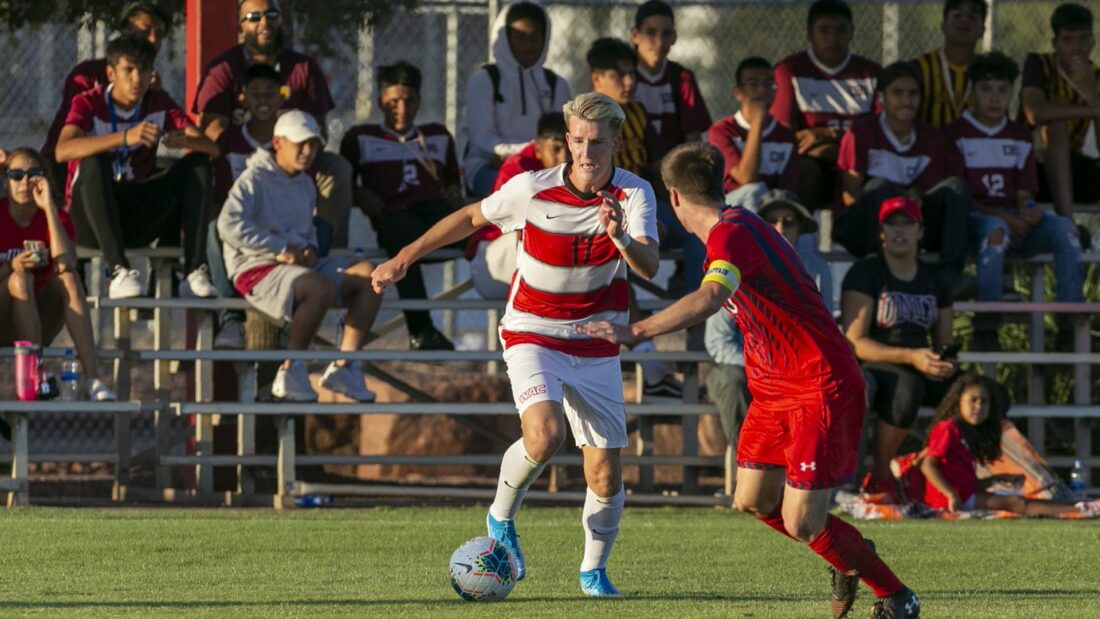 Rebels On The Road Sunday In Texas

LAS VEGAS (UNLVRebels.com) – UNLV men’s soccer looks to keep the momentum of last week going as it brings a two-game unbeaten streak into Sunday’s WAC road contest at Incarnate Word at 11 am (PT). The UIW Cardinals meanwhile are playing at home for just the fourth time this season and are 1-4 in league play.

There will be no live video stream of the game but it will have live stats available on UNLVRebels.com. 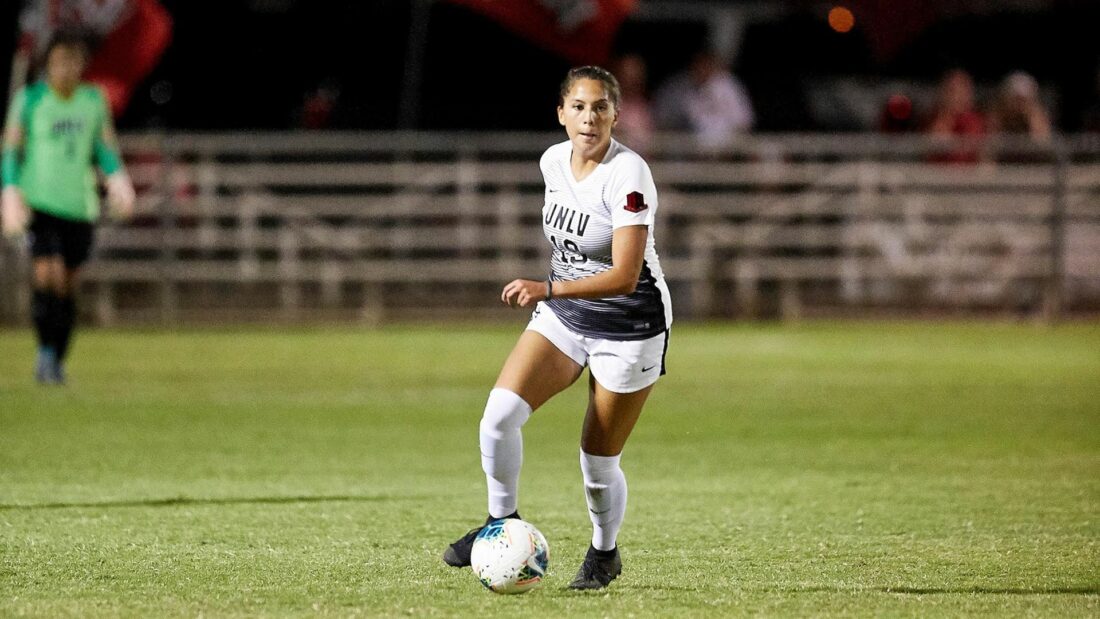