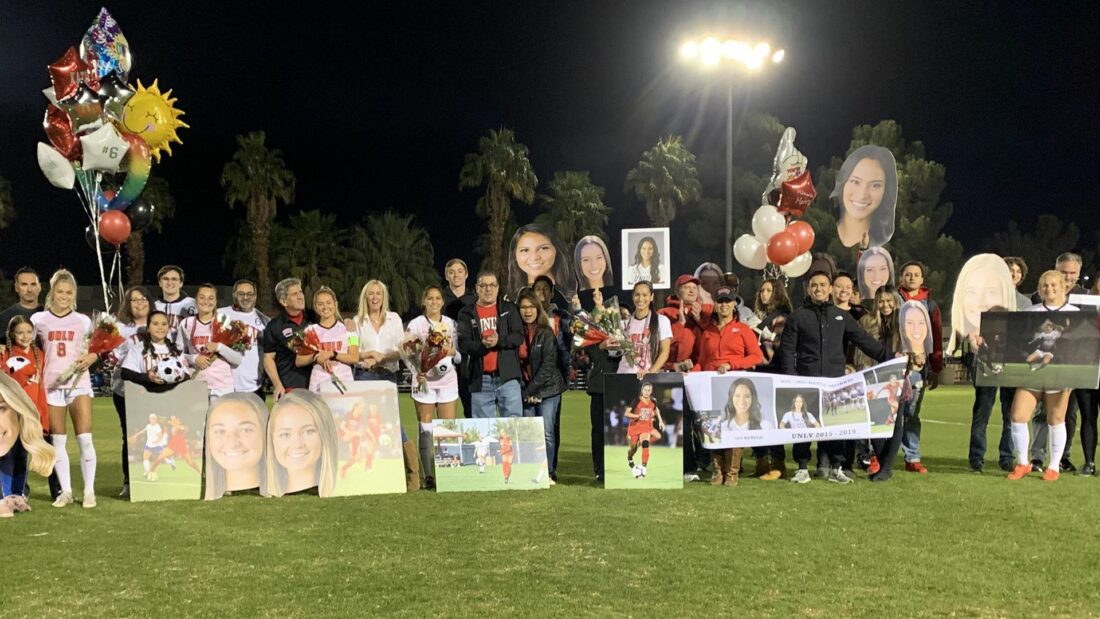 LAS VEGAS (UNLVRebels.com) – UNLV took an early lead and kept the UNR offense in check almost the entire night on the way to a 2-0 shutout victory over the Wolf Pack Friday night on the Rebels’ Senior Night from Johann Memorial Field in Mountain West women’s soccer action. The game was also part of the Silver State Series, the all-sports challenge between the two schools sponsored by IBEW Local 401 and Nevada Donor Network, and the score is currently tied 3-3 thanks to the three points earned by UNLV in women’s soccer with the victory.

On Senior Night, it was a pair of seniors providing the scoring, starting in the fourth minute after freshman Lourdes Bosch earned a PK after she was fouled in the box. Michaela Morris took the penalty kick and banked in the shot off the left post for the score and a 1-0 Rebel lead. That would be the eventual game-winner, as the Wolf Pack could not get on the scoreboard, as they were limited to just nine total shots, and only four on goal. Coming up big in the net for UNLV Friday was freshman Marcella Brooks, a midfielder who was pressed into goalkeeper duties and came up with four saves on the way to the shutout.

Brooks also factored in the second goal that sealed the win, as she took a free kick just past midfield and sent a high ball into the middle of the box. Senior Malika Markham would head the ball past the UNR goalkeeper into the net for the score and a 2-0 Rebel advantage.Brooks received an assist on the play.

NEXT UP: The Rebels close out the regular season Sunday, Nov. 3, with a non-conference game against Southern Utah at 1 pm at Johann Field.