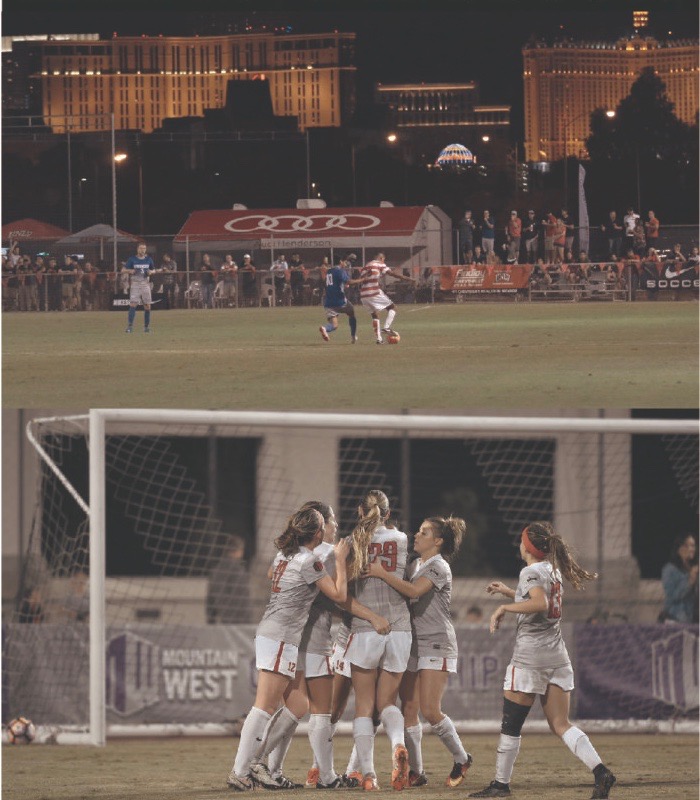 Spring season for American college soccer programs is a unique time. Similar to college
football spring practice, last fall’s seniors are gone and next year’s recruiting class hasn’t arrived yet. So,
without those elements, the spring is a time for improving ball skills, communication and a chance for
last fall’s second teamers to establish themselves as strong candidates for starting positions next varsity
season. But there is an important difference between soccer spring and football spring. Soccer teams
can play outside competition and can play types of opponents they will not see during the fall varsity
season.
The UNLV spring season is just such a time for the Rebels and in playing the professional
Austin (TX.) Bold, they had a match that would not appear on their schedule next October. And, despite
the seeming disparity between a professional side and a college one, the Rebels gave a good account of
themselves.
In the opening minutes, the pros attempted to establish their dominance by playing a high
defensive line and attacking quickly and directly. But the UNLV defense held firm and managed to
counter. Using a midfield of Nikko Classen, Jesus Partida, Timo Mehlich and Marco Gonzalez, they
brought the ball out of their defensive area quickly and effectively. In the twelfth minute a contested
ball in midfield popped past that high Bold line and UNLV forward Bryan Martinez pounced on it and
using an nice cut to his right, he beat Austin’s goalkeeper and scored. The Bold didn’t change their play
and just a couple minutes later Mehlich hit the right post, almost putting the Rebels up two. Austin
settled their offense and playing more of a possession game they exerted more control offensively.
Nevertheless, it wasn’t until the 31st minute of the 35 minute half that they threatened, hitting the UNLV
crossbar. The Rebels managed to clear the danger and went into halftime at 1-0 ahead.
In the second half Austin made an adjustment. They pulled their back line back to a more
moderate position and used the added space to spread the ball more and open the UNLV midfield. This
gave them some openings to use in attacking the Rebel goal. For the most part the UNLV defense was
quick to react and when their midfield did win the ball a quick strike was on. Timo used that advantage
to almost catch the Bold keeper far off his line with a long attempt at 10 minutes of the half.
At the 12 minute mark the Bold broke through and a controversial foul was called just outside
of the Rebel penalty area on the far left side. Austin sent a low ball across the penalty area which found
its way to Bold feet just in front of the goal and the game was tied at 1. As the half wore on, Austin’s
possession began to take a toll although the occasional steal by the Rebels produced some effective
counters, particularity down the UNLV right and the Rebels gained a few corners and a couple near
misses off of them.
At the 26 minutes the Rebels were forced to foul in order to break up a fast Bold attack about 25
yds from goal. At that point Austin launched a world class free kick into the upper left corner of the
goal and they had the lead. In the 31st minute, Classen took the ball from a Bold player and started an
excellent attack which resulted in Marco Gonzalez hitting a perfect low cross in front of goal, but there
was no finish and that proved to be UNLV’s last chance to score.
Given the level of their competition, the Rebels were certainly competitive and while the result
was a 2-1 defeat, remembering the objectives of spring season it must be said that UNLV had an
encouraging experience against the pros. 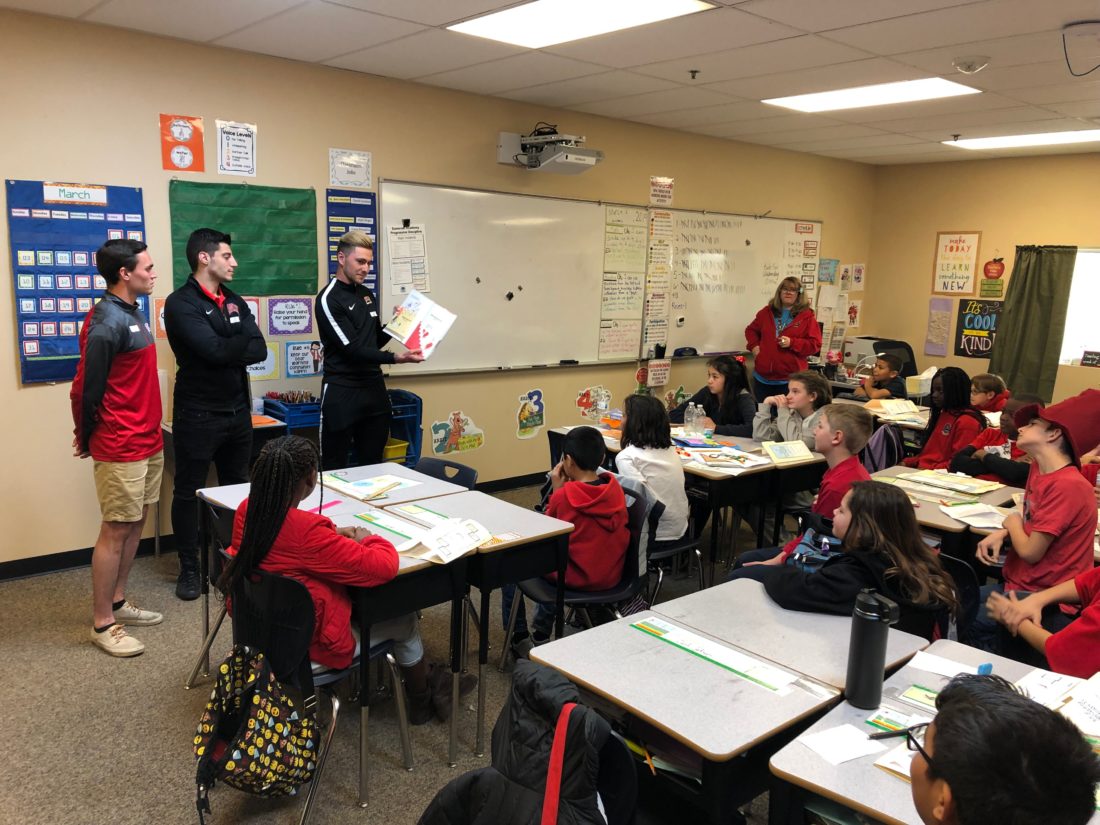 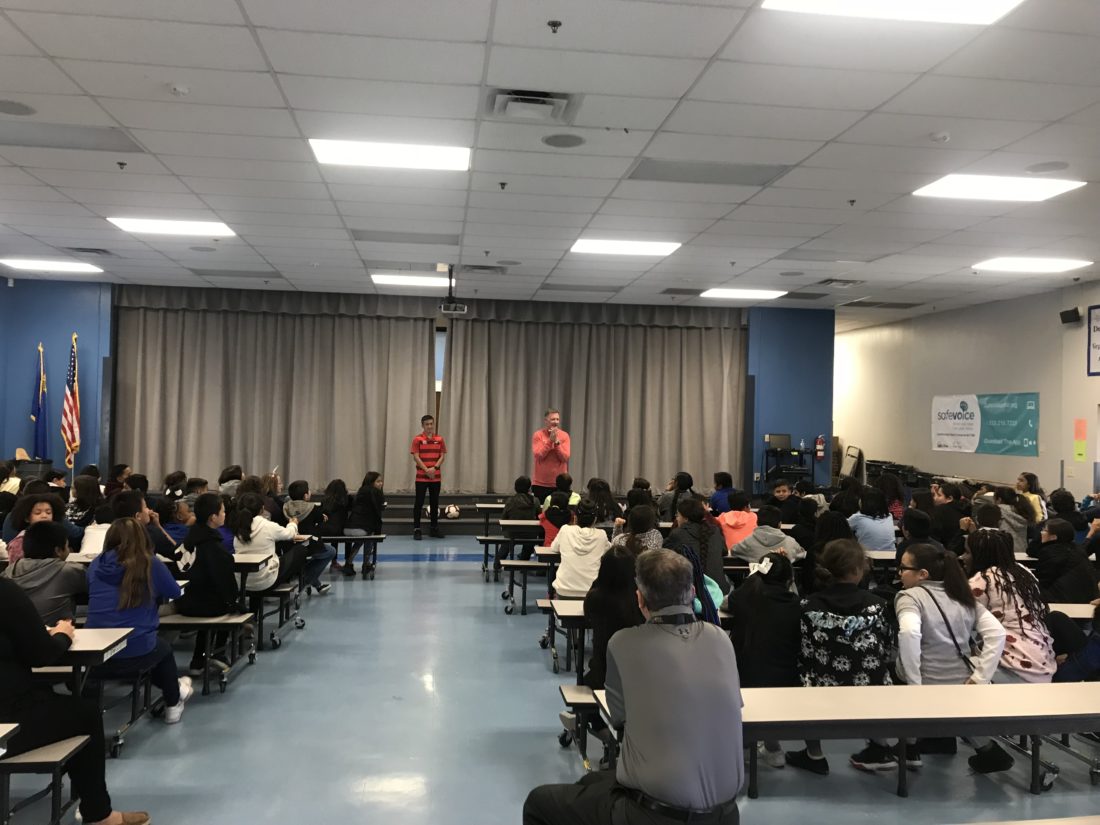 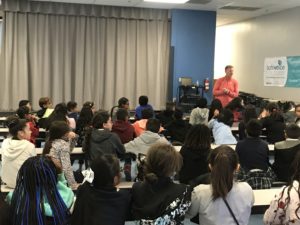 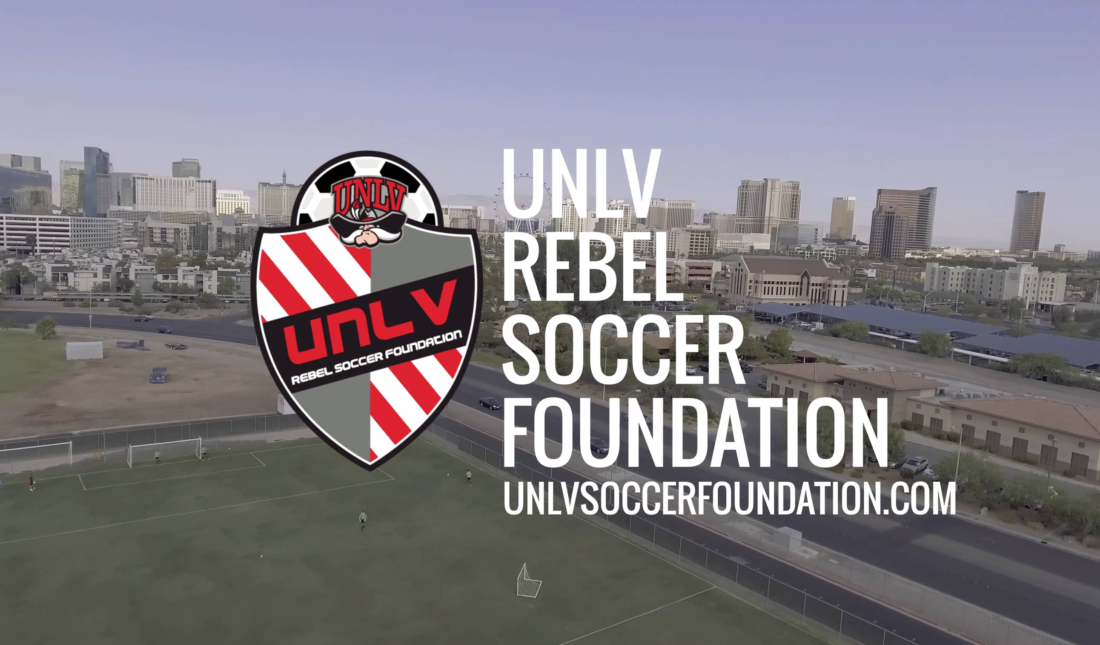 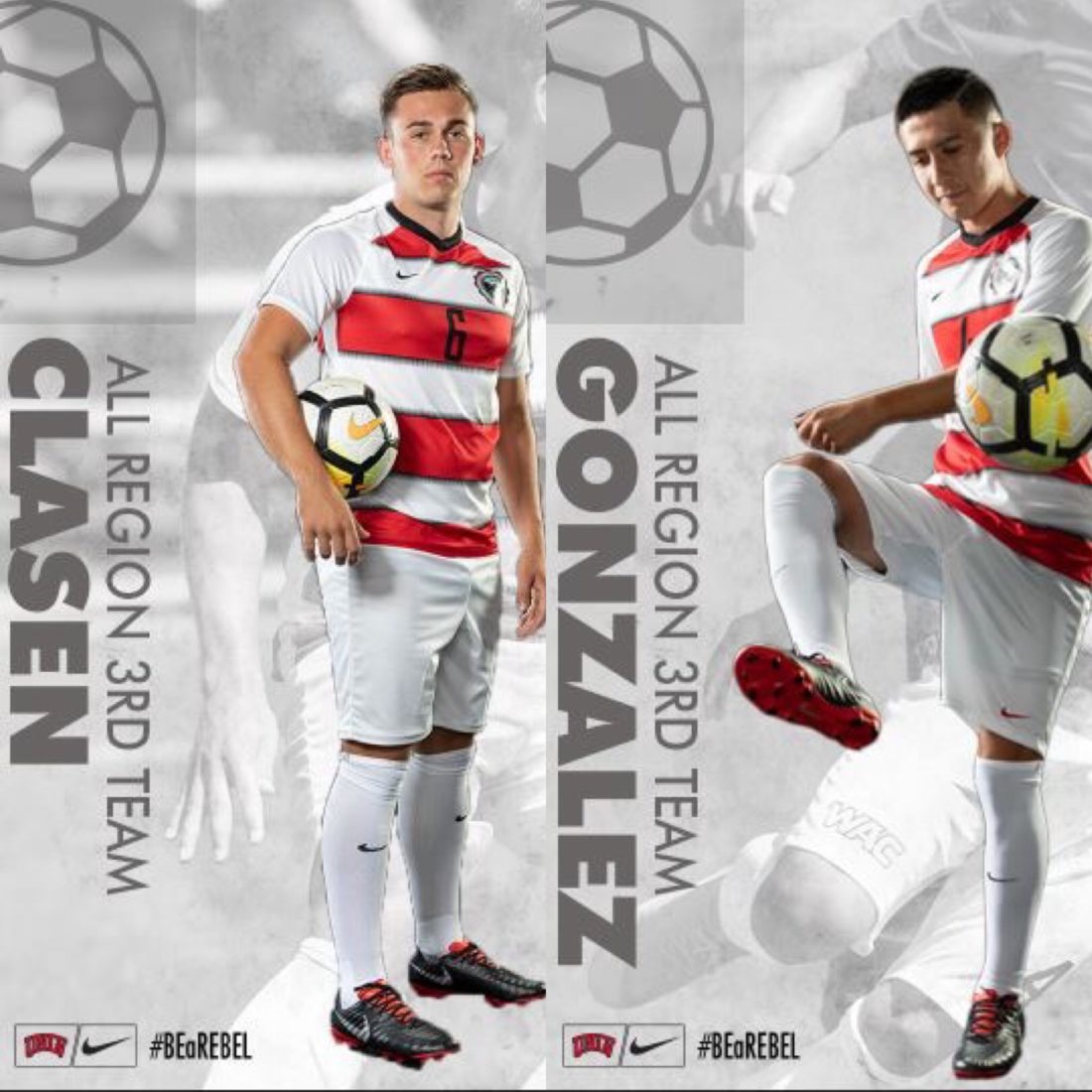 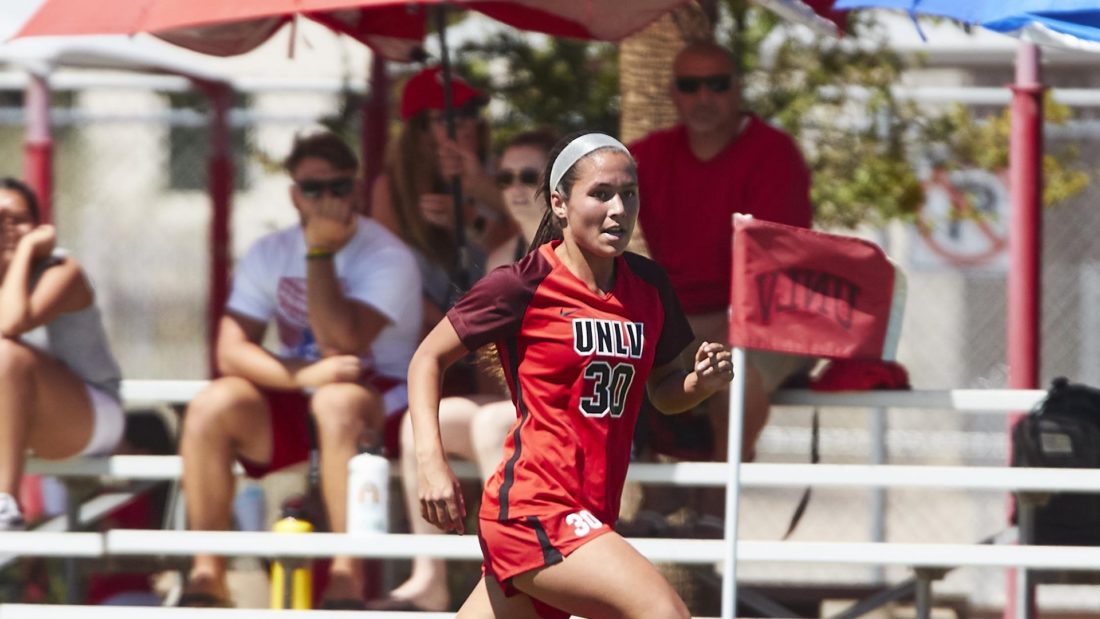 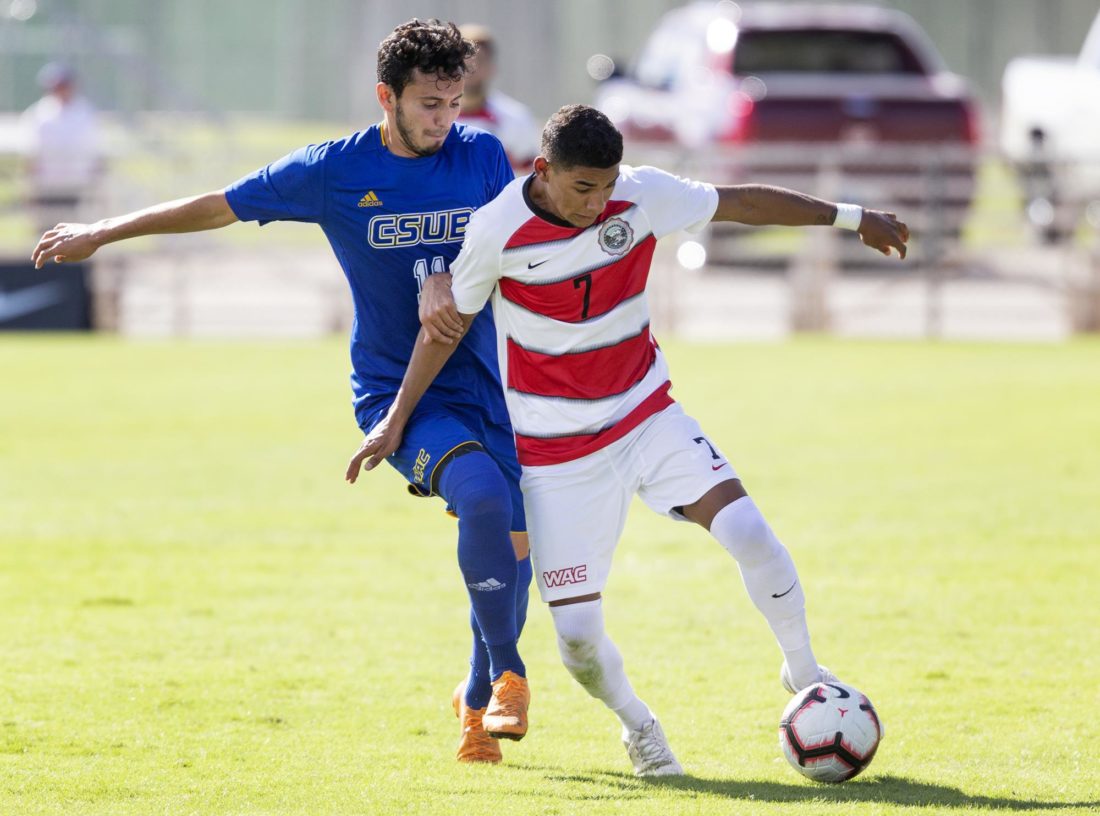 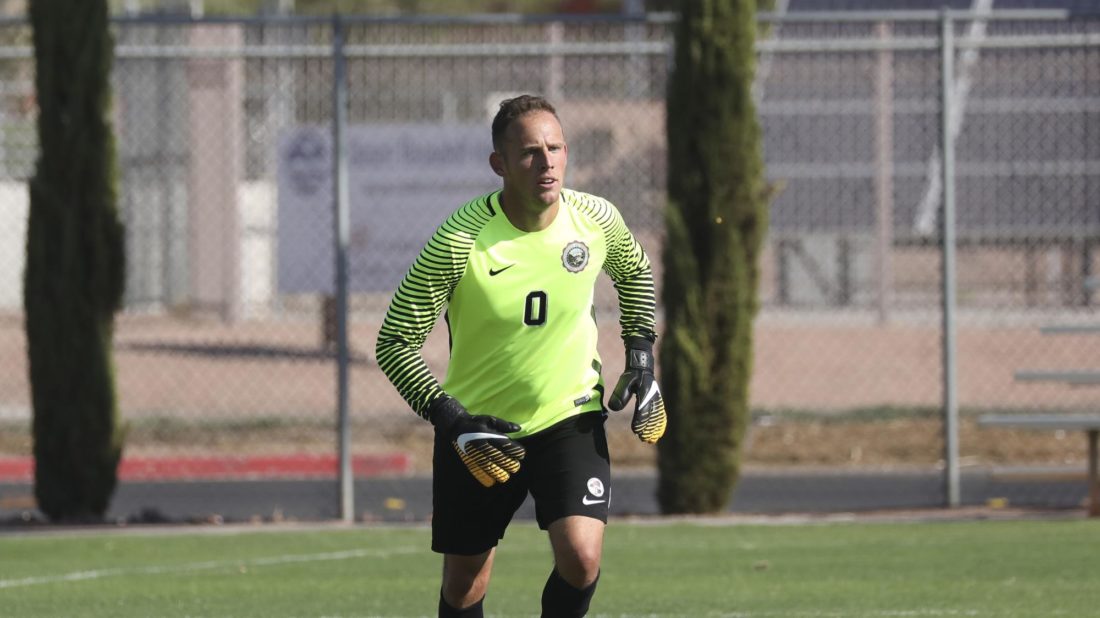