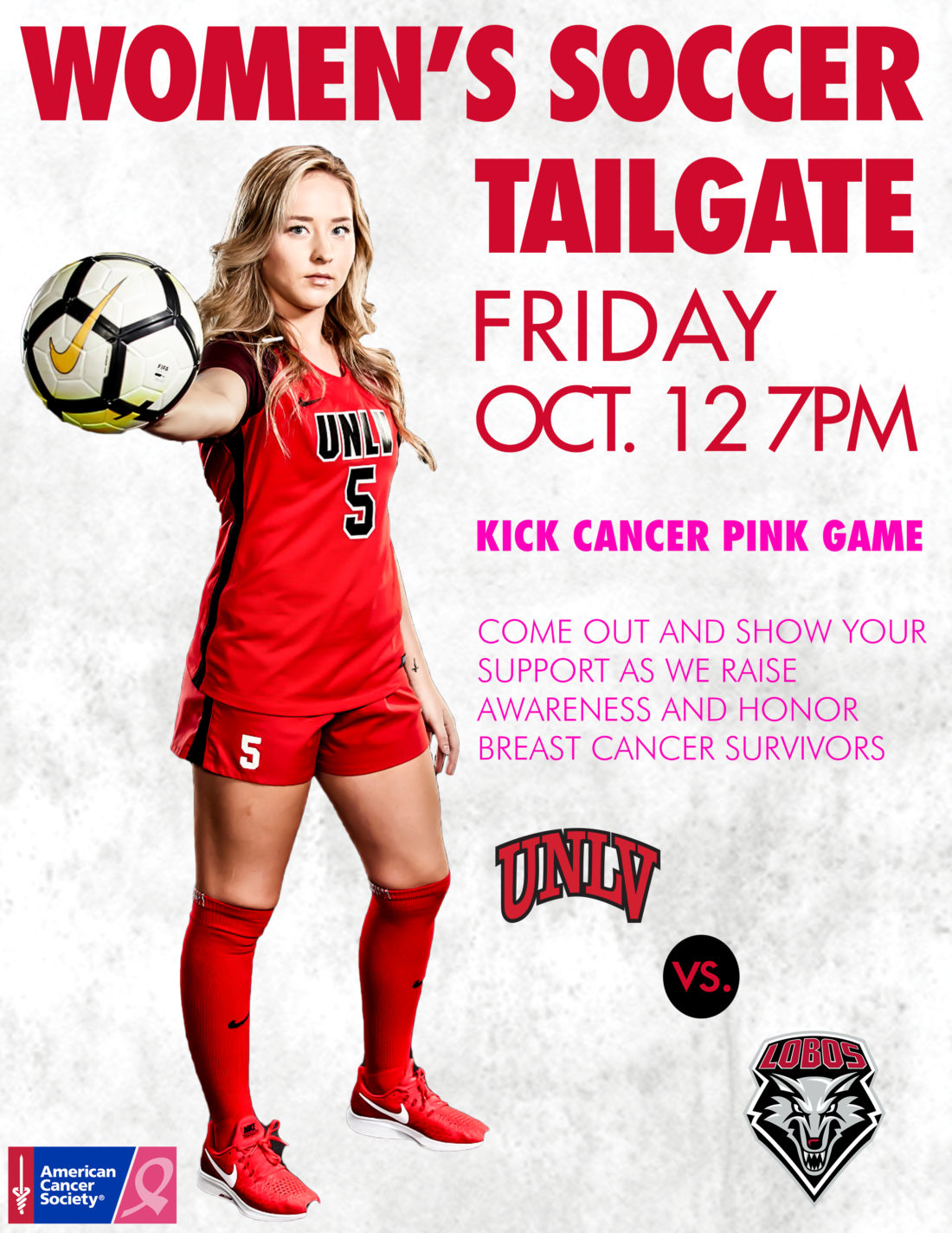 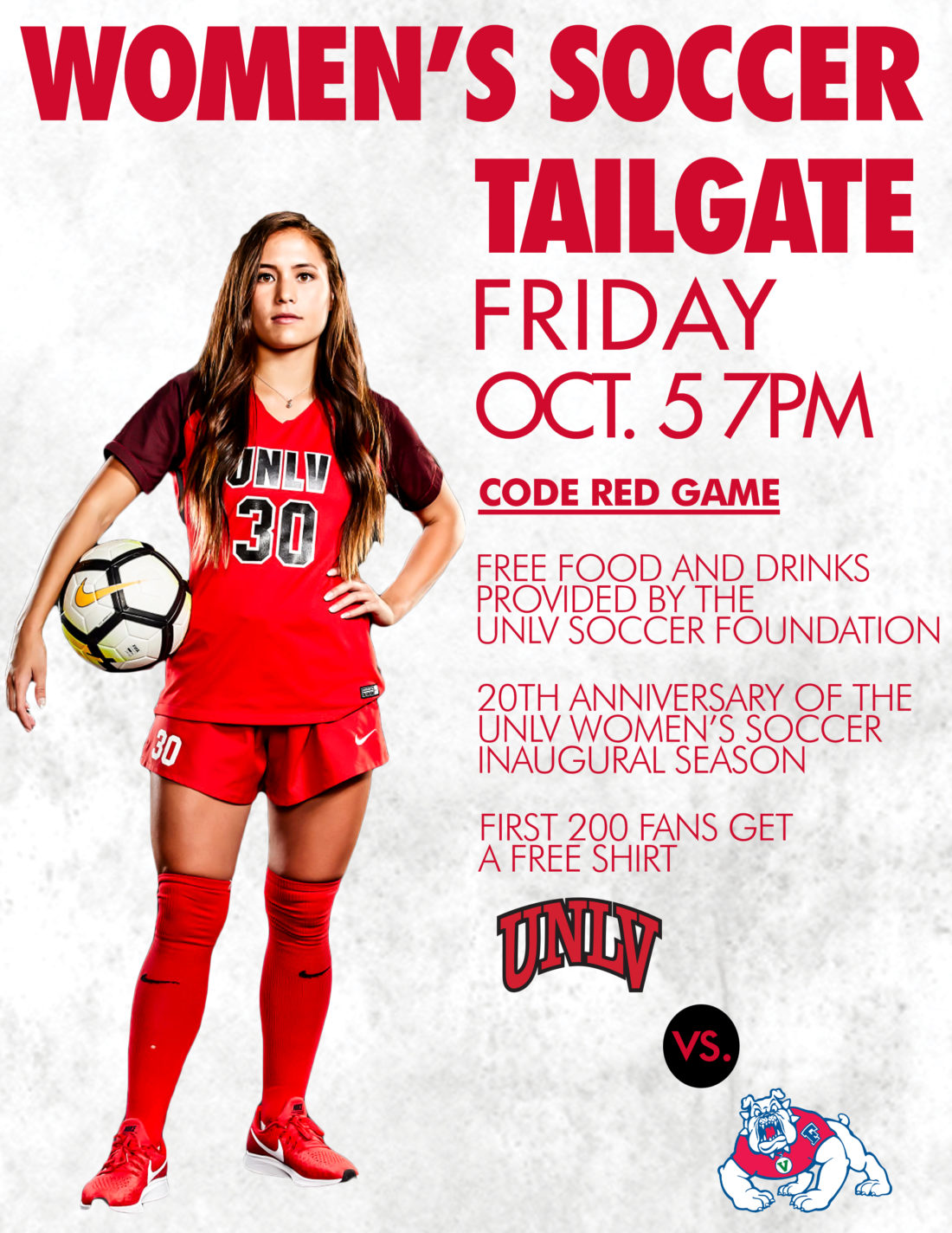 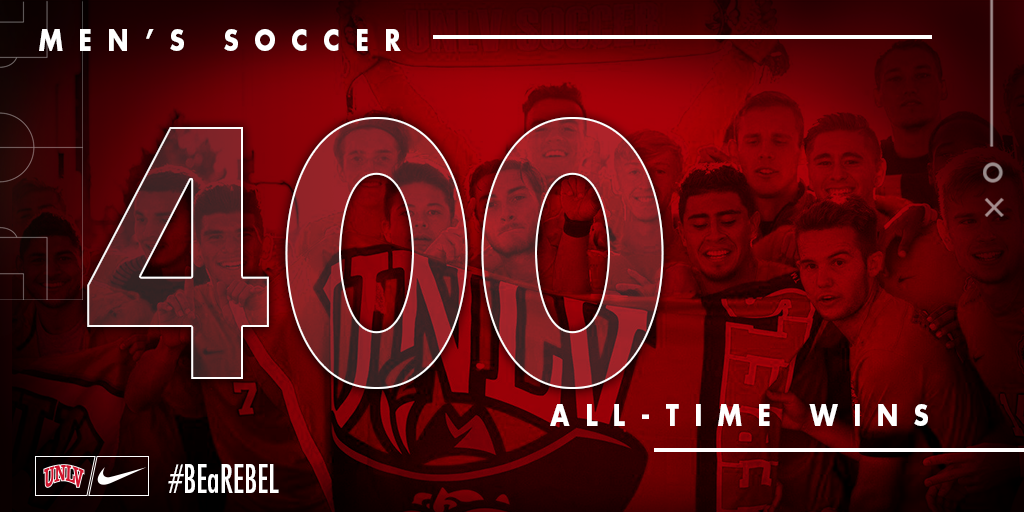 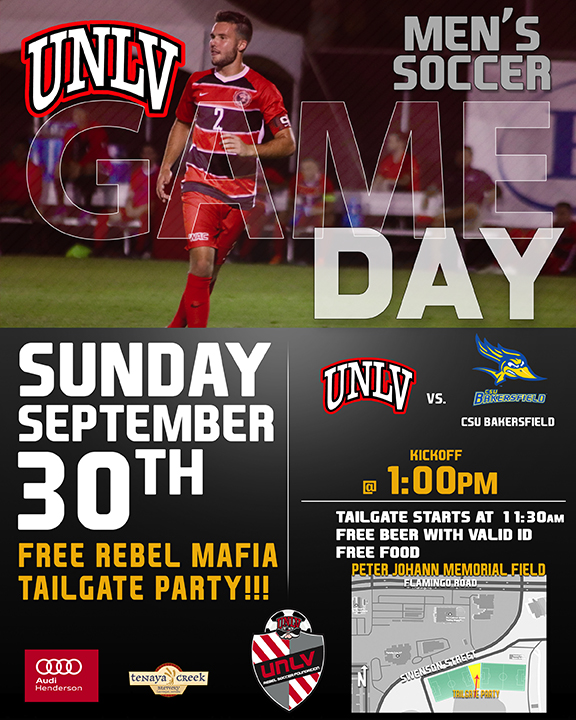 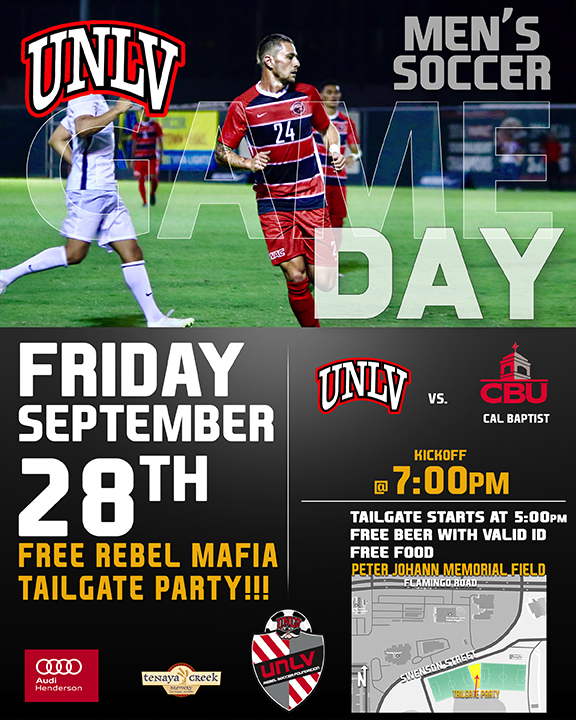 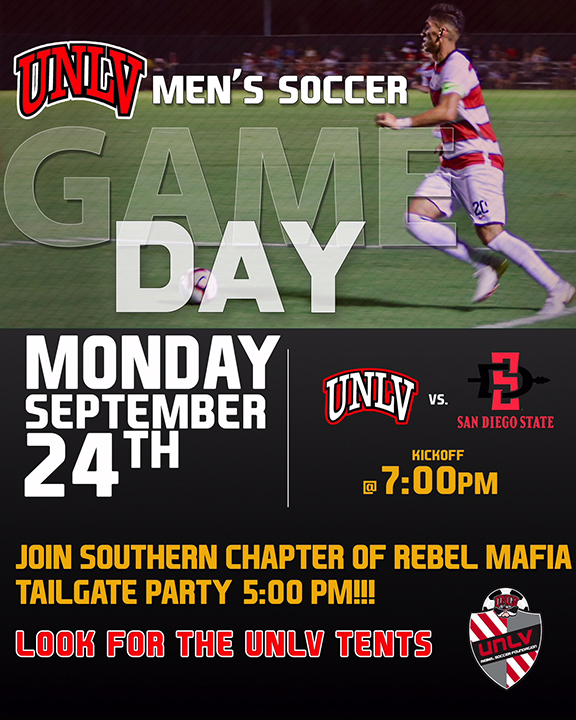 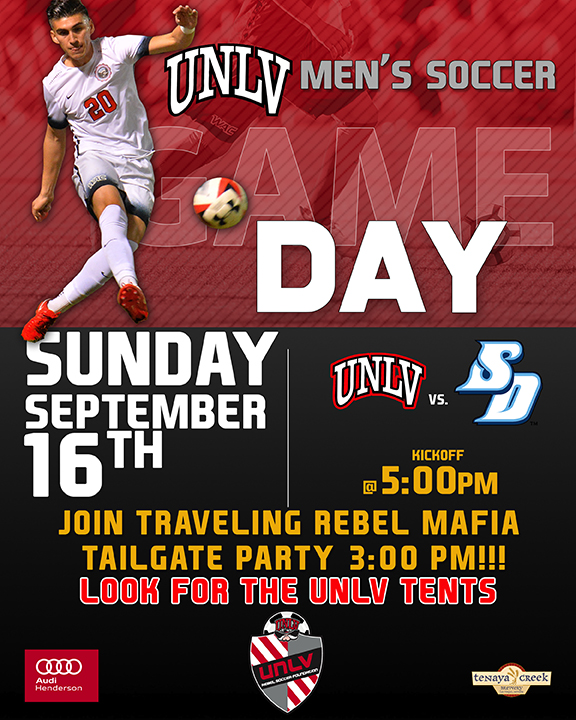 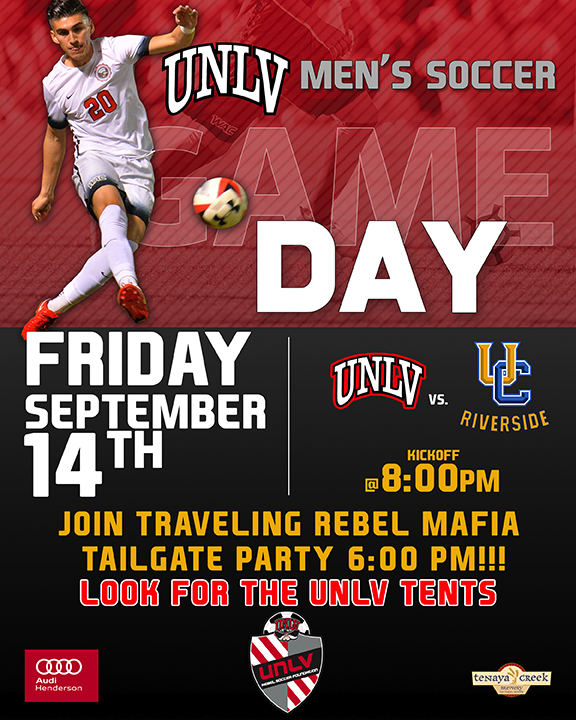 Top-25 Victory For The Rebels At Tulsa

TULSA, Oklahoma (UNLVRebels.com) – UNLV men’s soccer claimed its first ranked victim of the season Friday night, knocking off #23/15 Tulsa 1-0 on the road at Hurricane Stadium. The Rebels moved to 3-0 with the victory, while earning their third win over the past two years against a ranked opponent.
Thanks to a stellar defensive performance, the Rebels were able to push the attack on the Hurricanes for the majority of the night. Following the UNLV goal in the 60th minute, the Rebels switched their tactics to a defensive mode, and were able to withstand the 11 Tulsa shots in the second half to claim the shutout victory.
REBEL OF THE GAME: Sophomore Marco Gonzalez scored the game-winner for the Rebels, his second in as many games and his fourth goal in the past two games, which leads the WAC. He would finish off a pass into the box from 12 yards out, with Bay Kurtz and Tyler Allen both receiving credit for an assist.

THE TURNING POINT: Tulsa quickly attempted two shots right at the start in the opening two minutes. The Hurricanes were then held without a shot attempt the rest of the opening half, and UNLV was able to take the attack to the host team. The Rebels took seven shots against Tulsa in the first half, forcing Hurricane goalkeeper Cooper Clark to make three saves. The momentum stayed with UNLV coming out of the halftime break, leading to the game-winning score.
STAT OF THE GAME: The Rebels held a 6-2 edge on shots on goal for the night. Overall UNLV outshot the Hurricanes 15-13.
QUOTABLE:
“It was a great road win tonight. It’s always fantastic to get a chance to play a highly talented team on the road and to face that challenge, and for us to come out here and come away with the victory is huge for our team. The players trusted the game plan and we couldn’t be more excited with tonight’s result. We have to learn how to win on the road if we want to make the postseason, and this is just one of the many steps along with way. Now it’s important for us to regroup and be ready to play on Sunday.”
– UNLV Head Coach Rich Ryerson
REBEL NOTES:
* Gonzalez has nine points for the season (four goals, one assist) through four games, after posting 18 total points his freshman season.
* Through three games, the Rebels have allowed just five total shots on goal in 270 minutes of action.
* UNLV has outscored its opponents by an 8-1 margin this season.
* UNLV has started the season 3-0 for the first time since the 2014 squad won its first five of the year.
* This is UNLV’s third win over a ranked team in the past two years, after knocking off #15 Portland and #23 Seattle a year ago.

NEXT FOR THE REBELS: UNLV remains in Tulsa to take on the Oral Roberts Eagles Sunday, Sept. 2 at 3 pm. 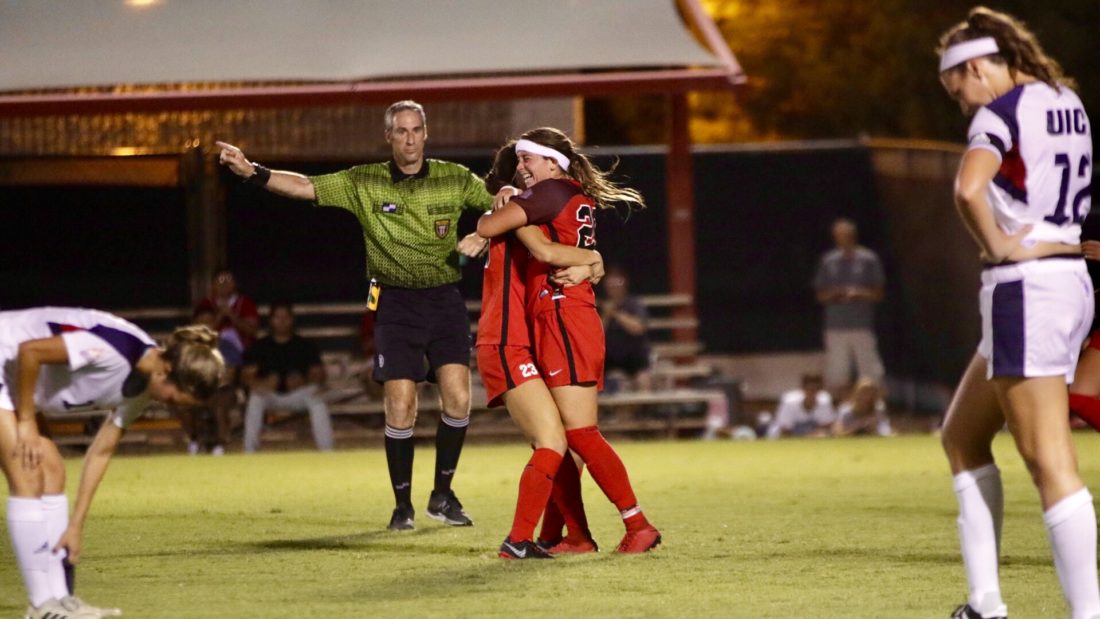