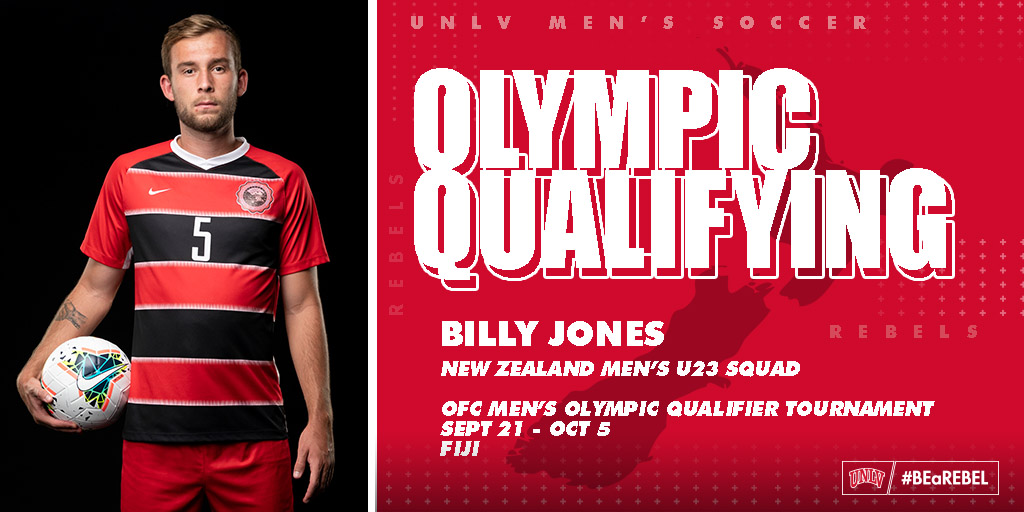 LAS VEGAS (UNLVRebels.com) – One of the newest members of the UNLV men’s soccer team will be spending his September competing at the international level, as junior defender Billy Jones has been selected to the New Zealand Men’s U23 Team that will be playing in the Olympic Qualifiers in Fiji Sept. 21-Oct. 5.

The Oly-Whites (as the Olympic team for New Zealand is known), is the top-seed in Group A, which also includes Solomon Islands, American Samoa and Samoa. Group B consists of Fiji, Vanuatu, Papua New Guinea and Tonga. The winner of qualifying tournament will earn the lone berth available to the region for the 2020 Tokyo Olympics.

Jones joined the Rebels this summer as a transfer after spending his first two seasons at New Mexico. He started all 34 games over his two seasons with the Lobos, and earned Third-Team All-Conference USA honors his sophomore season.

The Auckland, New Zealand made his first start for the Scarlet and Gray Friday night in the Rebels’ 2-1 double-overtime loss at UC Santa Barbara. That match was notable for New Zealand, as the Oly-Whites have called up three players currently playing Division I in the USA, and all three were in that contest. Joining Jones in making the trip to Fiji will be a pair of Gauchos, Hunter Ashworth and Noah Billingsley.