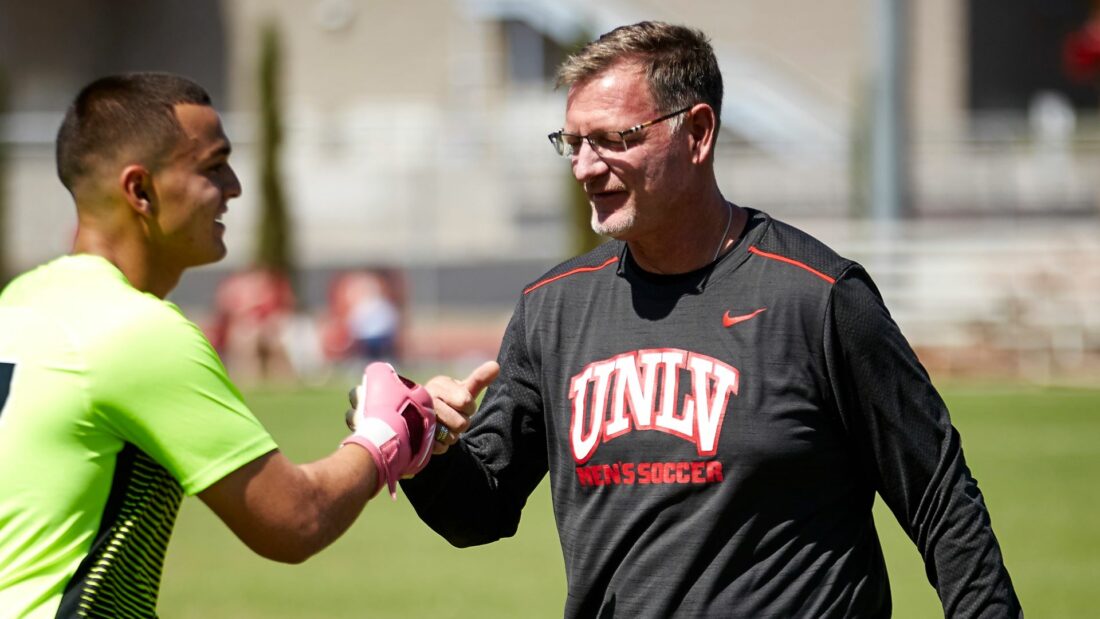 “It has been an absolute honor to steward the UNLV men’s soccer team for the last 11 years, and I could not be more proud to serve one more season this fall,” Ryerson said. “I am so very proud of the accomplishments of all of our student-athletes through the years with our graduation rates, championships, Major League Soccer signings, and the tremendous volunteer work throughout our community.”

“We appreciate the many years of hard work and dedication that Rich has devoted to UNLV,” UNLV Director of Athletics Desiree Reed-Francois said. “From a player to coach, Rich has made an incredible impact on so many student-athletes, our program and soccer in the Las Vegas Valley. While he is departing from this head coaching role, we know he will continue to be connected to UNLV Athletics.”

“Rebel soccer is dear to my heart as an alumnus, as well as for my three brothers and nephew who represented the university as part of the program,” Ryerson continued. “I would like to thank Desiree for her confidence as I transition my career from the soccer field to my next opportunity. Additionally, thank you to the UNLV Soccer Foundation and our Valley’s soccer community for all of their support over the years.”

Ryerson, the fifth head coach in program history, met a challenge in 2010 when the program was in jeopardy of being cut because of the budget situation by leading its fundraising charge. Under his watch, five Rebel soccer players have heard their name called during the MLS Draft: Salvador Bernal in 2015, Bradley Kamdem in 2016, Danny Musovski and Kevin Partida in 2018, and Timo Mehlich in 2019.

One of four Ryerson brothers to play for the Rebel men’s soccer program (Rob, Kenny, Tim), Rich was a four-year starting defender/midfielder for UNLV from 1983-86 and led the team to three NCAA Tournament appearances along with three straight conference championships as a student-athlete. During his junior season, the Rebels posted a program-best 18-2-2 mark and a No. 4 final national ranking. That 1985 squad was inducted into the UNLV Athletics Hall of Fame in 2010.

A national search for his replacement will commence in the fall.