Rebels Come Up Short On The Road 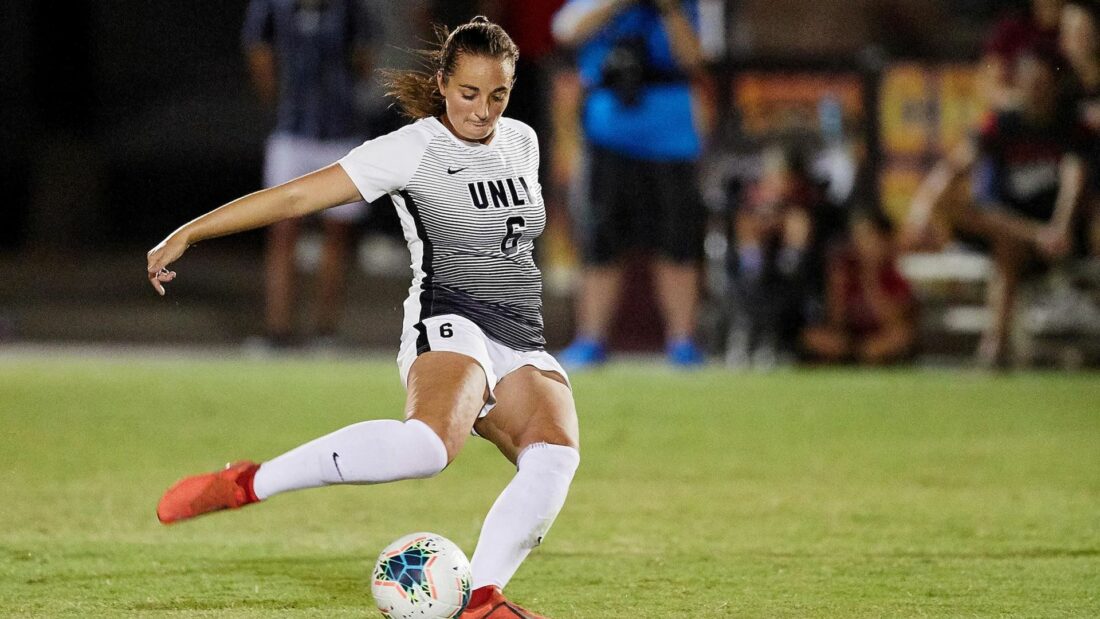 Rebels Come Up Short On The Road

ALBUQUERQUE, N.M. (UNLVRebels.com) – For the second straight game UNLV finished with more shots then its opponent but fell short on the scoreboard as the Rebels suffered a 3-2 loss at New Mexico in Mountain West women’s soccer action Sunday afternoon.

UNM took an early lead 1-0 in the 10th minute, before the Rebels tied it after Katie Ballou converted a penalty kick in the 14th minute. Back-to-back goals from the Lobos in the 22nd and 27th minutes put the hosts back ahead 3-1 though. Jadyn Nogues brought UNLV back within a goal in the 56th minute when she headed in a corner kick to make it a 3-2 contest, but that was also the last goal of the game.

UNLV ended the afternoon with a 20-13 edge on total shots, and 8-7 on shots on goal, while corner kicks were also 12-3 in favor of the visiting Rebels.

QUOTE – “Unfortunately it’s two games in a row where we have out-shot the opposition and have significantly more corners but came out on the wrong side of the result. We had some issues early in the first half but then settled down and created numerous opportunities that we just couldn’t finish. However the team has been upbeat and we are confident that we have turned the corner.” – UNLV head coach Chris Shaw

NEXT UP: The Rebels will host six of their final eight games at home, beginning with next weekend with a Friday night contest against Air Force at 5 pm. That’s part of a double-header with the UNLV men’s team who will host Seattle at 7:30 pm. Both teams will also play at double-header on Sunday, Oct. 13, with the UNLV men playing at 10:30 am and the UNLV women hosting Colorado College.

There is a special ticket promotion for Friday’s doubleheader, as for $20, fans can get tickets to both UNLV games along with a ticket to Saturday’s Las Vegas Lights contest vs Reno1868 at 7:30 pm.  There will be a tailgate party Friday with free food, drinks and live music that is open to all with ticketed admission. To access the weekend deal fans can go to lightsfc.com/unlvsoccer.