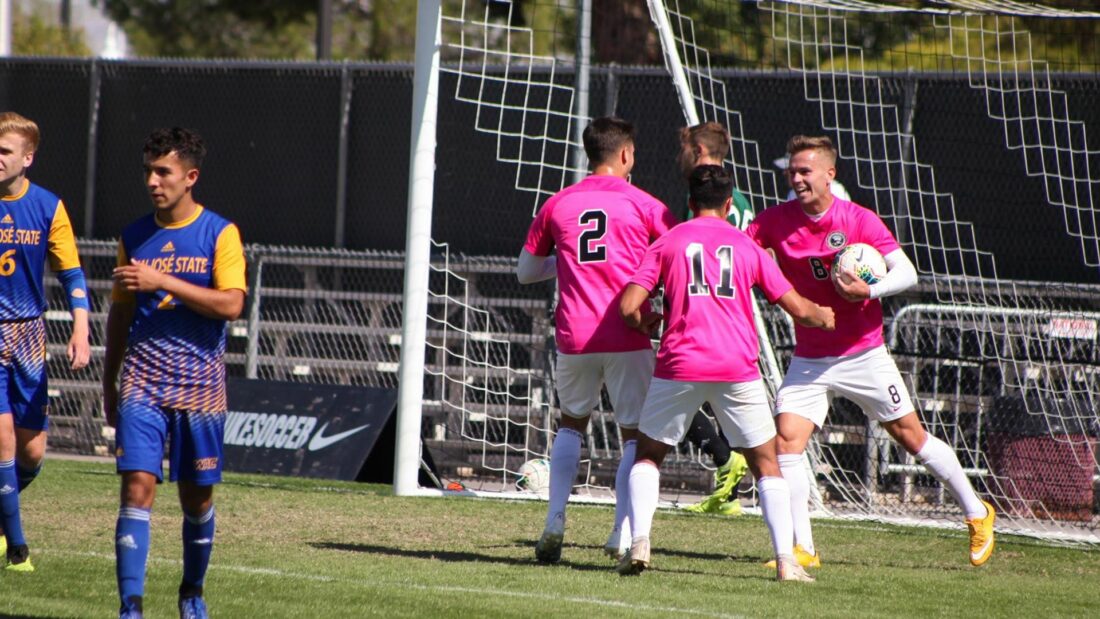 LAS VEGAS (UNLVRebels.com) – UNLV senior midfielder Timo Mehlich scored two goals in a 10-minute span late in the second half to rally the Rebels past San Jose State 2-1 Sunday afternoon from Peter Johann Memorial Field. The Rebels earned four points on the weekend thanks to Friday’s tie over first-place Seattle and now stand 1-3-1 in league play, while the Spartans dropped to 2-2-1 in the WAC.

SJSU took a 1-0 lead in the eighth minute as the Rebel offense was slow to start coming out of the kickoff. UNLV started to pick it as the game went on though, and came up with a tying score in the 72nd minute on Mehlich’s drive into the box and shot from 12 yards out. Marco Gonzalez assisted on the score. The game-winner came in the 81st minute when James Drye lofted a high ball from the defensive backline. Mehlich outraced the defenders for the ball, and then dribbled past the goalkeeper who came out to challenge before scoring on the empty net for the game-winner.

NEXT UP: The Rebels will have just one game next weekend, a road contest at Incarnate Word on Sunday, Oct. 20 at 11 am (PT).