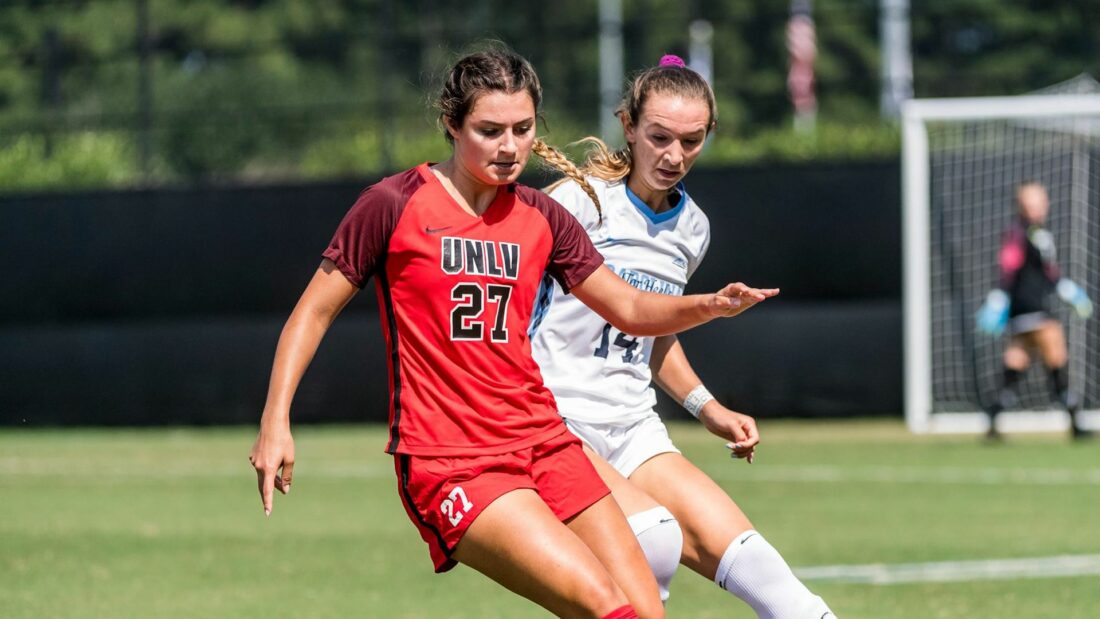 LAS VEGAS (UNLVRebels.com) – UNLV finished with the overall shot advantage for the third straight game, but Air Force took the only two shots of the overtime period, including the game-winner in the 97th minute that sent the Rebels to a 2-1 loss Friday night in Mountain West women’s soccer action from Peter Johann Memorial Field.

UNLV finished with a 16-15 overall edge on shots, though the Falcons had eight shots on goal to seven for the Rebels. UNLV also had six corner kicks to three for the visitors.

NEXT UP: UNLV hosts Colorado College Sunday at 1 pm, following the Rebel men’s game against San Jose State at 10:30 am. Sunday is the annual Kick Cancer game for UNLV, and the first 200 fans will receive a free UNLV pink towel.