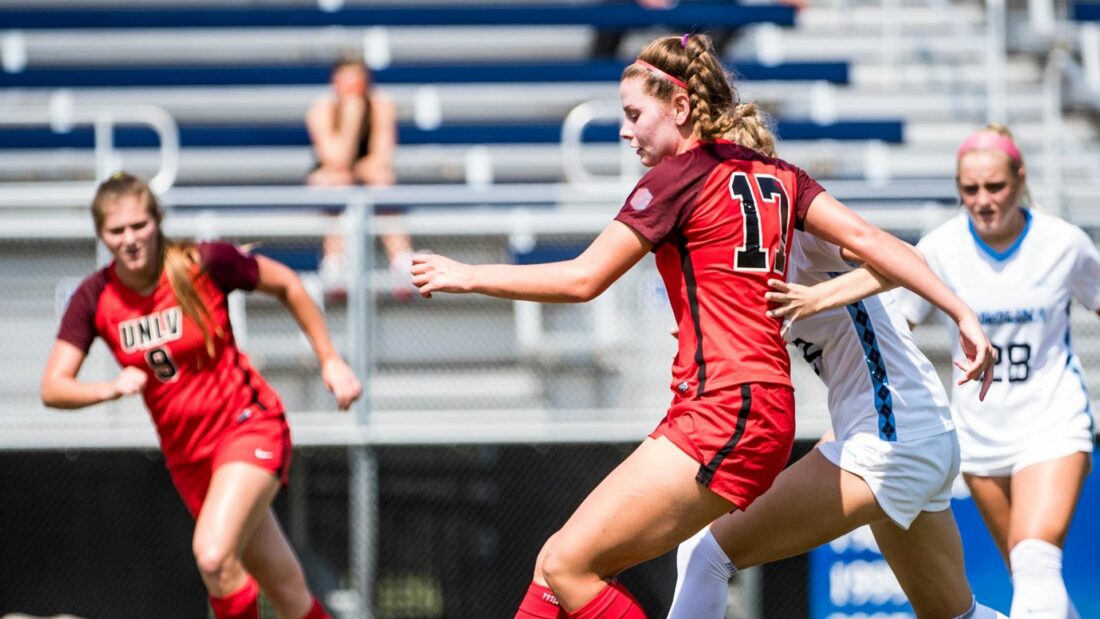 BOISE, Idaho (UNLVRebels.com) – UNLV kept the game scoreless for the first half and almost 10 minutes into the second before the host Boise State Broncos scored the eventual game-winner on the way to a 2-0 victory in Mountain West women’s soccer action Sunday from Boas Soccer Complex.

Though Boise State finished with the advantage on shots (25-5), the Rebels played a strong game on defense while goalkeeper Emberly Sevilla set a season-high with nine saves on 11 shots faced.

QUOTE – “We were disappointed with the result but credit to Boise State, they are a good team. I was very proud of our players and felt like they did a great job of sticking to the game plan and battling hard for 90 minutes.” – UNLV head coach Chris Shaw

NEXT UP: The Rebels will be on the road again next weekend for a pair of games, beginning with Friday’s 7 pm contest at San Diego State. That will be followed by a Sunday, Oct. 6 game at New Mexico with a 12 pm (MT) start.