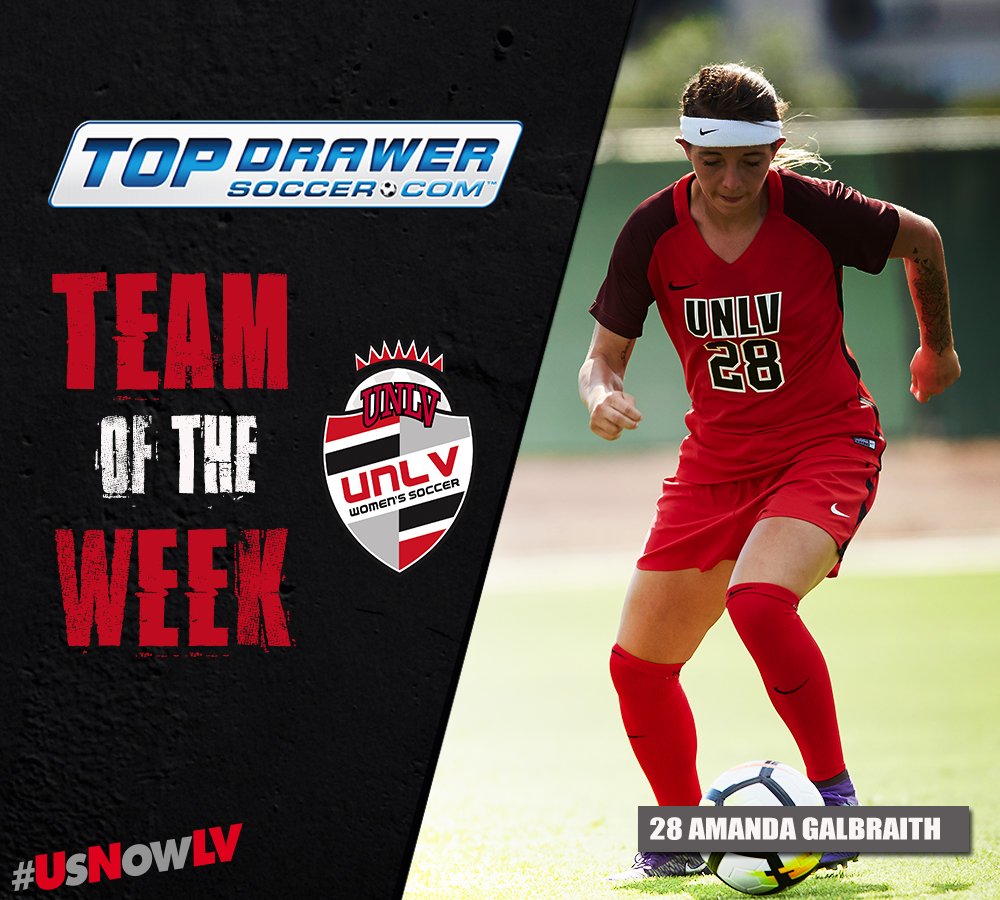 LAS VEGAS (UNLVRebels.com) – The honors keep rolling in for UNLV women’s Soccer as Amanda Galbraith was named to Top Drawer Soccer’s National Team of the Week and the Rebels were ranked 14th overall in the West Region by United Soccer Coaches.
Galbraith, a forward from Petaluma, California, scored two goals and registered two assists in wins over Drake and Wright State on opening weekend and was awarded the Mountain West Offensive Player of the Week for the first time in her career.
The United Soccer Coaches, formerly known as the National Soccer Coaches Association of America (NSCAA), has reorganized its weekly national and regional rankings after rebranding in early August. The organization continues to release a weekly national top-25, but has pared down its regional rankings to include 15 teams ranked in each of the five different regions (East, Midwest, South, Southeast, West). After appearing in the Pacific Region poll last season from Oct. 10 through the end of the season, the Rebels were ranked No. 14 in the first West Region poll Tuesday.
UNLV has started the season 2-0 for the second straight year and for the third time in four years under head coach Chris Shaw. After the first weekend of play, the Rebels boast a top-10 offense in the country, ranking tied for eighth in total goals (8) and total points (25) and tied for sixth in total assists. Individually, Galbraith ranks tied for 13th in the country in total points (6).
UNLV will be home for the second consecutive weekend, taking on Utah Valley Friday, August 25 at 7 p.m. and Southern Utah on Sunday, August 27 at 1 p.m. at Peter Johann Memorial Field. To purchase tickets visit UNLVtickets.com. Season tickets are just $35 for adults, $25 for UNLV faculty/staff and seniors. Single game ticket prices this season are $8 for adults, $6 for faculty/staff and seniors, though a special internet price of $5 is available for all tickets bought online, good up to three hours before game time. Kids 12 and under are always free at UNLV women’s soccer contests.