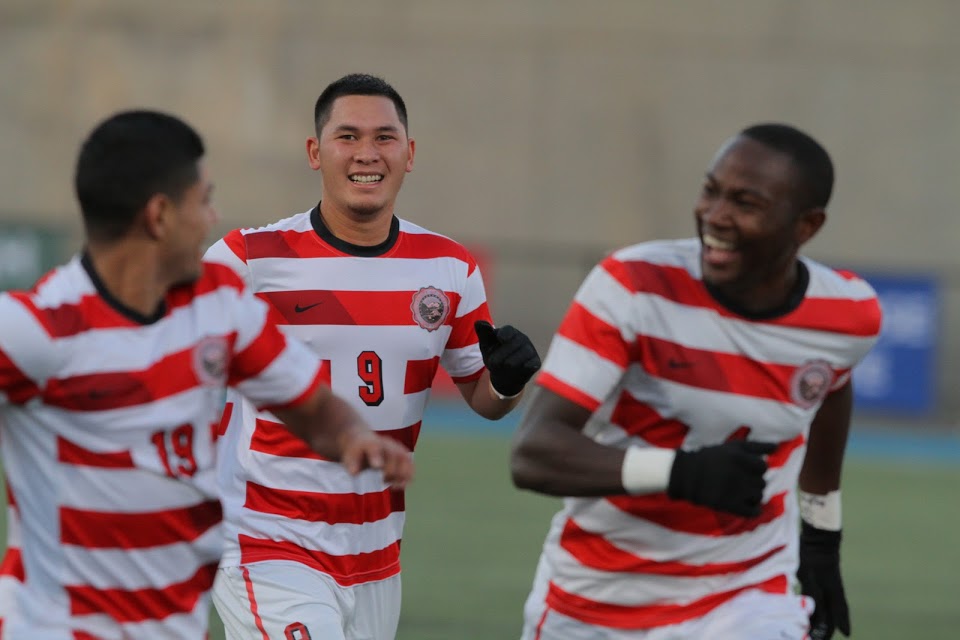 The Men’s Soccer Foundation Has Been Born

On June 2nd, the Board of Regents met to recognize the UNLV Rebel Soccer Foundation as an affiliated group.

During the Public comment section people who benefited from Coach Ryerson spoke on his behalf and told the Board of Regents their story and how they have benefitted both as people and as citizens.

During this section, David Wedley, Director of academic athletic services at UNLV and the advisor of the men’s soccer team stated that the team comprises of 65-75% of minority students, surpassing the institutional rate by 10%.

“Soccer has become a way for young men and women to get a higher education among the hispanic community.” Said Lopez Verduzco, a Spanish-Speaking Sports Newscaster on ESPN Deportes.

The early beginnings of the Rebel soccer program began in 1973 under the direction of Coach Tom Kahmas. Bob Singer, part of that founding team, spoke about how the love for soccer has been strong for Rebel fans over the generations until now.

Representing UNLV officially were President Jessup and Athletic Director Tina Murphy who strongly supported the approval of the foundation. On behalf of the foundation Tim McGarry spoke about the inspiration for the foundation, and the development of it’s board of community leaders as well as past Rebel soccer players. In particular Tim McGarry could not stress enough how much UNLV has helped him in his personal and business life. In closing he spoke about the original donation of the Englestad Foundation and how the future of Rebel Soccer will never be in doubt again.

Approving the creation of the rebel soccer foundation was a breeze, but creating it was no easy task.

“As a student athlete, playing as part of an awesome team in the first year of the UNLV Mens Soccer program back in 1974, tears came to my eyes as I heard the votes counted off and the chairmen say “ Yes we approve of the Rebels Soccer Foundation” said Michael Thompson, a Foundation Board Member. “As in life, and in sport, there are thrills of victory and some agonies of challenge. Today was a great victory for the future of the program, its athletes, and the Las Vegas soccer community.”

And just like that, the time, effort and dedication of many finally paid off.

Now, the future for the soccer team is bright and promising, brimming with opportunity and success.

Sorry, the comment form is closed at this time.