Rebels Shut Out At Cal Baptist 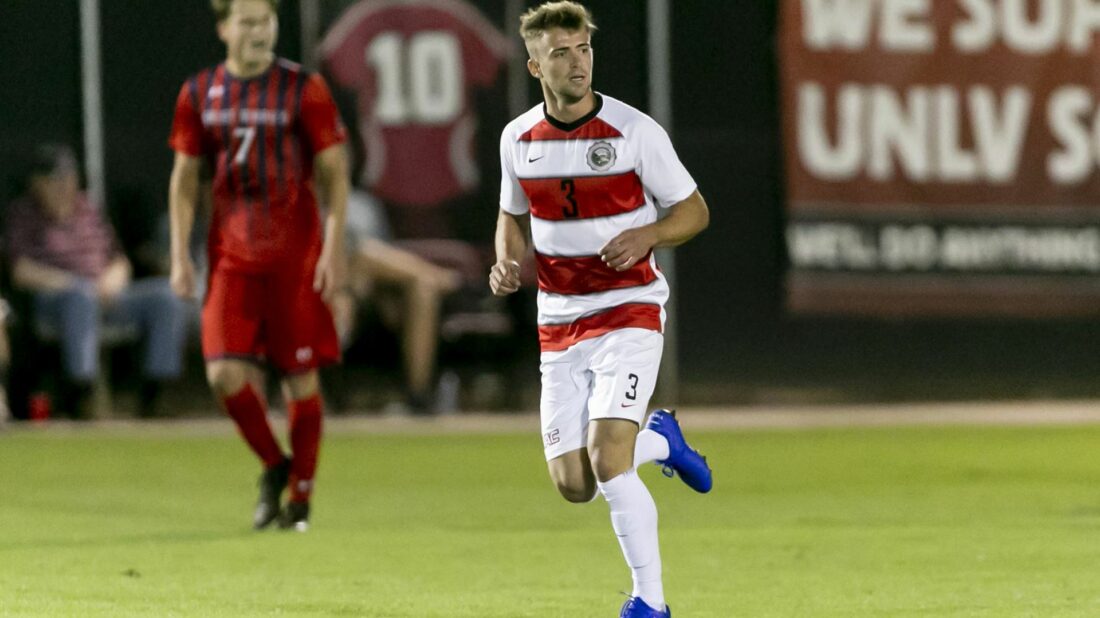 Rebels Shut Out At Cal Baptist

RIVERSIDE, California (UNLVRebels.com) – UNLV’s offense fell flat in the second half as the Rebels were handed a 4-0 loss at Cal Baptist Sunday afternoon in WAC men’s soccer action.

The Lancers held a 1-0 lead at the half though UNLV attempted five of the opening half’s nine total shots. It was a different story in the second half as the Rebels finished with just three total shots. Cal Baptist meanwhile attempted eight and scored on three of them, all in a seven-minute span, to turn a one-goal game into a 4-0 contest.

NEXT UP: The Rebels will play a pair of games at home next weekend starting with a with a Friday night contest against Seattle at 7:30 pm. That’s part of a double-header with the UNLV women’s team who will host Air Force at 5 pm. Both teams will also play at double-header on Sunday, Oct. 13, with the UNLV men playing at 10:30 am against San Jose State and the UNLV women hosting Colorado College at 1 pm.

There is a special ticket promotion for Friday’s doubleheader, as for $20, fans can get tickets to both UNLV games along with a ticket to Saturday’s Las Vegas Lights contest vs Reno1868 at 7:30 pm.  There will be a tailgate party Friday with free food, drinks and live music that is open to all with ticketed admission. To access the weekend deal fans can go to lightsfc.com/unlvsoccer.